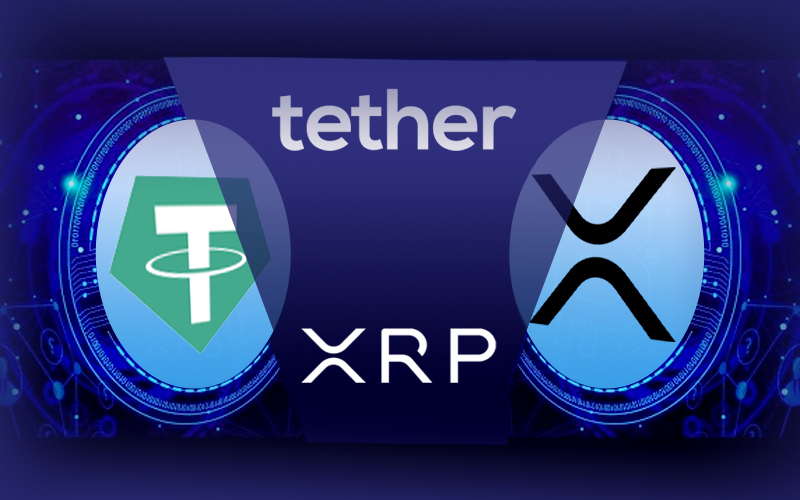 Soon, Tether (USDT) would beat Ripple’s XRP and become the third-largest cryptocurrency in the world.

While going through the activities of Tether Treasury, it has been found that a maximum amount of USDT has been issued by its treasury.

On April 19, 2020, the market cap of Tether was recorded at $7 billion. Currently, the transparency numbers of Tether listed the amount of USDT on its platform, which is at $8,597,984,360. But in the month of April, the amount stands at more than $40 million USDT which have been issued per day.

In recent time, Tether has been performing very well in the market, and if the performance goes the same in coming days then very soon the stablecoin would take XRP’s position as the third-largest cryptocurrency.

The current value of XRP is at $8.7 billion and to beat this amount Tether would have to integrate $100 million more to its market capitalization.

After having a look at the data of the past two months, it appears that by the end of this week, Tether would be able to beat XRP.

Increasing Demand Of USDT Only

In the recent week only, over 500 million USDT has been printed by Tether, to top XRP fastly.

Recently, the real picture of Tether’s market capitalization has been updated by its own platform, CoinMarketCap still is displaying the last updated amount of Tether i.e., $6.3 billion. But it is being expected that very soon Cryptocurrency Market Capitalization platform would update the listing.

Although there have been controversies regarding Tether, the critics only spoke about it when the stablecoin started printing more USDT than ever. Many of the critics got inquisitive regarding Tether being supported by real dollars on the basis of 1:1.