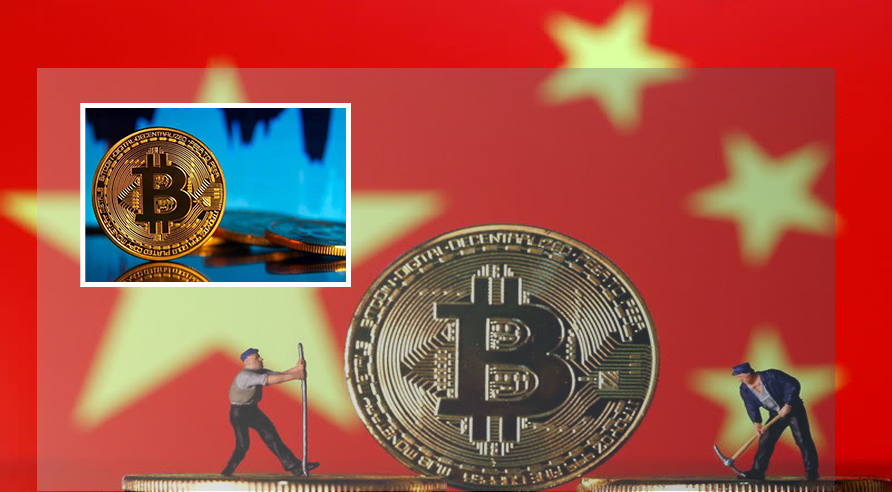 The Central Bitcoin Mining Area In China Sets Hard-Hitting Penalties For The Activities Of Bitcoin!

After the big crash of bitcoin in the last week, people have seen a lot of ups and downs in bitcoins. However, the value of bitcoin is recovering, but it is still recovering at a prolonged rate. People are in a dilemma about what will happen next? Will the price of bitcoin rise again to its highest peak or not? So, everything related to the bitcoins is still blurred because no one can precisely say about bitcoins. Recently the news has arrived that the Inner Mongolia region of China has settled down some punishments and penalties for the companies and the people who are involved in the mining of bitcoins because they are looking to blow down on the practice. You can check out the Official website in order to get more information about it.

You need to know that the telecommunications business involved in bitcoin mining has all their required licenses for business canceled. At the same time, the cloud computing companies could also get jammed by the policies of the government. The Inner Mongolia region of china’s uncompromising attitude was started in March only when the company announced the plans for banning the new cryptocurrency mining projects. It was also decided to stop the existing activities also in order to cut down on the consumption of energy.

This news is confirmed that Guangzhou that in the Inner Mongolia region of China, has been proposed some penalties for the companies who are breaking the rule by mining bitcoin even after its ban. This move was taken by this region after the statement made by the vice-premier of china Liu. He said that it is essential to break down the mining of bitcoin and the bitcoin trading behaviors for preventing the spread of the risk of an individual to the social pitch.

These comments were made after the intention of Beijing to continue the four-year crackdown of the trading of bitcoin and the other activities related to the cryptocurrency.  You will be shocked to know that the latest draft proposal issues by inner Mongolia have been aiming for targeting the companies like telecommunications and the internet companies which are engaging in the mining of the digital currency. They are saying that these companies will get their license canceled form now if they are found to be involved in any activity related to bitcoin mining.

Some very harsh penalties have also been proposed for the people who are involved in the laundering of money in order to fundraising with the help of digital currency. This whole thing started in March when the plans were announced for banning the projects that are related to the new bitcoin mining and also shut down all the prevailing activities. This decision was taken to cut down on the energy consumption which is taken for the mining of bitcoins.

If we see the bitcoins mining, then the miners make use of the purpose-built computers so that they can solve the complex mathematical puzzle which allows the bitcoin transaction to occur. These are miners who also get their rewards in the form of bitcoins. But since these commuters of very high power, so they consume a lot of energy.

You will be shocked to know that the mining of bitcoin takes almost 112.57 terawatt-hours in a year of energy, which is more than the whole energy consumptions of some of the countries like the Philippines and the chiles.

China is the country that is responsible for a massive 65% of the mining of bitcoins. This is all because of its cheap rates of energy; inner Mongolia only accounts for like 8% all around the globe, which is a significant share to that of the US.

The harsh penalties imposed on china on cryptocurrency are not at all new. In the year 2017, china also shuttled down all the local cryptocurrency exchanges and banned the initial coin offering also. the banning of china on cryptocurrency mining mainly comes from its initiative of going green. The energy consumption issue of bitcoin mining was also raised by the owner of tesla car company, Elon Musk. He said that the company is going to stop accepting the payment made from the bitcoins due to its environmental issues.