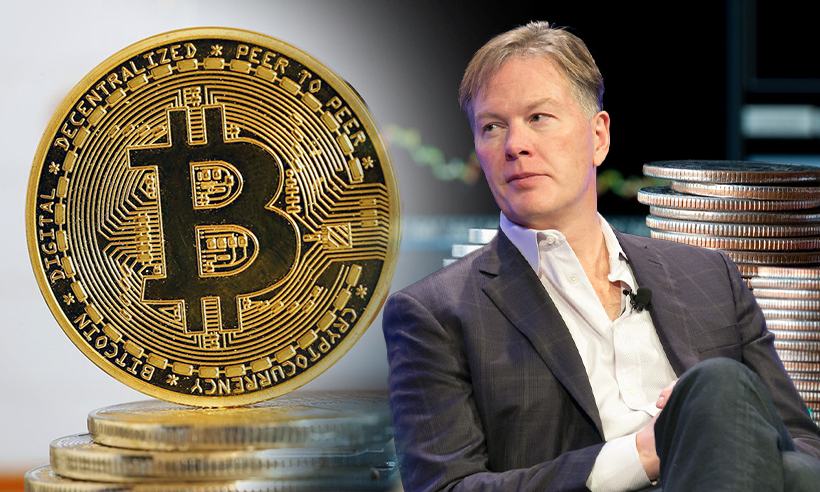 Pantera Capital CEO Dan Morehead demonstrated a procyclic trend of money inflows into a Bitcoin fund-company capital inflows over eight years.  Pantera Capital CEO offered his thoughts on Bitcoin’s influence on the banking industry in a clip of an interview with Business Insider.

To underscore his point, the seasoned macroeconomist produced a relevant bar chart that also showed the company’s Bitcoin fund inflows over the previous eight years.

Morehead defended the action by demonstrating the procyclical pattern of capital inflows and outflows in Bitcoins.

As a result, the well-known cryptocurrency investor argues that human nature is procyclical. He was referring to the fact that most investors, in general, prefer to follow trends.

More specifically, Morehead stated that they purchase at high levels and sell at low levels.

Blockchain As A Factor In Financial Industry Disruption

Morehead also stated that Bitcoin is going against every major market on the planet and shared his thoughts on blockchain technology.

He argues that technology is challenging the status quo of the financial services business, which is currently unaffected by the internet and software.

According to Pantera Capital’s CEO, it is this possibility that led big banks and corporations (JPMorgan, Morgan Stanley, PayPal, and Square) to incorporate cryptocurrencies.

Since the epidemic began, an “astronomical” quantity of money has been printed in the United States, according to Dan Morehead. Furthermore, more money was created every month than in the first 200 years of the United States’ existence.

He said that in a comparable socioeconomic circumstance in the 1970s, renowned investors such as Paul Tudor Jones and Stanley Druckenmiller purchased a large amount of gold.

However, instead of gold, these same investors have already switched to Bitcoin, which has a compound annual growth rate of 233% over the last 11 years and a correlation of only 0.08.