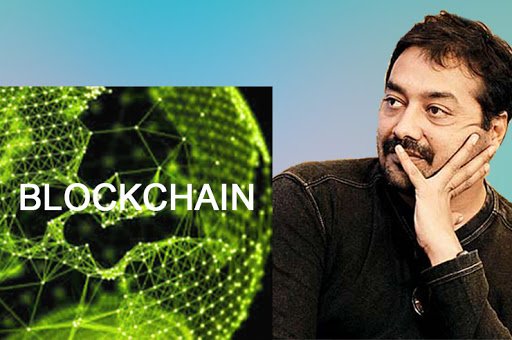 The Indian film director, entrepreneur and actor Anurag Kashyap was recently seen talking about how he set up myNK, a VOD (Video On Demand) platform based on blockchain technology, reported Screen Daily. The announcement was made by Reality Check: Originality conference at IFFR. The platform would aim to bring titles of global arthouse to audiences from India.

He stated that his classmates used to sit together and put their time on understanding the movie business. Anurag advised them not to invest in the movie business as it would not provide any return. One of his friends was a blockchain pioneer and from there he understood how the emerging technology works and then decided to launch his Arthouse VoD service based on blockchain.

How Blockchain can Help in Film Distribution

Kashyap, after studying blockchain and realizing the potential in the distributed ledger system, understood that the Indian film distribution problem could be solved by emerging technology. According to him, blockchain could bring transparency and solve several problems faced by the filmmakers. The platform can help in tracking the film distribution in real-time and help distributors and producers to find whether their movies are being played at authorized centres or otherwise.

Anurag realised through myNK, he could precisely know what the audience is watching and their exact location. However, he also addressed the concerns on myNK survival against platforms like Amazon and Netflix that have a huge amount of money. He made it clear that he has closely worked with Netflix and didn’t have any intention to compete with these platforms.

India’s first community-driven entertainment and micro-distribution enabled platform was started in 2019 through Singapore and India-based MinersInc. Amidst the content, partners were international companies which included Denmark’s LevelK, Fortissimo Films and Seattle-based Heyou Media.

The service aimed to “fill the gaps” where film distribution did not reach in India. Deepak Jayaram, MinersINC co-founder and Kasha’s partner, told the conference they had people reaching into the platform from over 150 cities in India and India has been known as a 36 city cinema market.