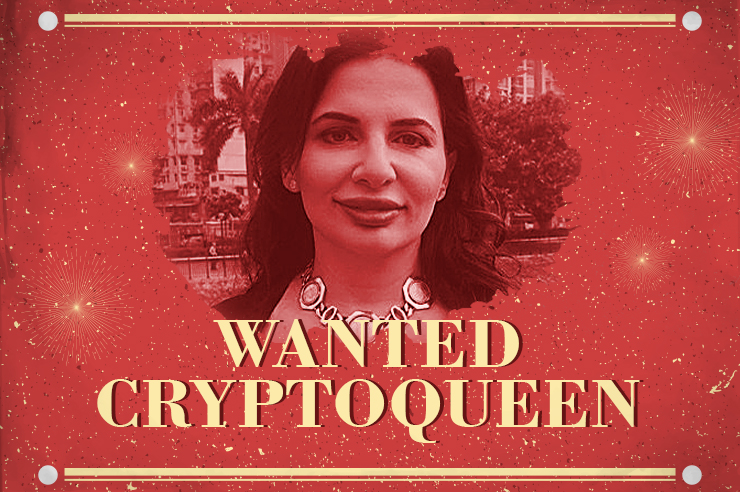 “The Missing Cryptoqueen”, The Onecoin Story Wins The Screenrights

According to the recent report, New Regency Television International won the screen rights of BBC Sounds podcast “The Missing Cryptoqueen” to screen the story of Ruja Ignatova, co-founder of Onecoin on television.

The Infamous Story Of Missing Cryptoqueen

The multi-level crypto marketing scheme of “Onecoin” was considered as one of the most significant scams of the crypto market. Onecoin and Ruja Ignatova coaxed millions of investors to join the ‘Ponzi Scheme’. The fraud leaders extracted $4 billion from the organisational structure and conned the investors. Though Konstantin Ignatov and Sebastian Greenwood, two of the three co-founders were arrested but Ruja Ignatova, the crypto queen is still missing.

There is colossal mystery related to the whereabouts of Ruja which inspired the BBC Sounds podcast “The Missing Cryptoqueen”. The cautionary story was about corruption and deception. Georgia Catt and Jamie Bartlett produced the story related to the brutal Onecoin operation. They both have dazzlingly captured the account associated with the dark side of technology which facilitates in conning the mass.

The producers were excited after the podcast’s rights were auctioned to New Regency Television International. The Missing Cryptoqueen can now be released among the mainstream consciousness. After winning the auction against 20th Century TV and A24, New Regency will produce the television version of the podcast.

New Release Can Act As Warning For Crypto Enthusiasts

The exciting complex mystery of scandal can prove as the eye-opener for the traders in crypto markets. When the series release on screen, it will create awareness among the fresh investors and can save them from falling into the massive dollar Ponzi schemes. In the era of sophisticated hackers and deceptive businessmen, the broadcast of series can inspire the regulators and authorities to create a secure network for the investors and traders. It can be proved as double advantaged series, which will benefit both authorities and investors. The Missing Cryptoqueen” will be added in the league of New Regency’s creative content.