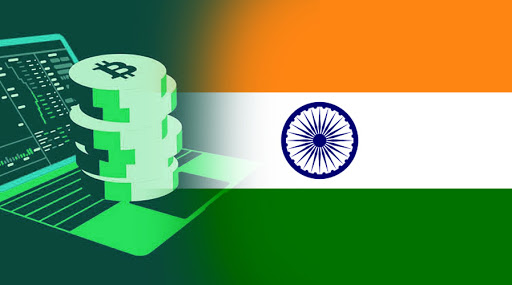 The Raging Battle Over Cryptocurrencies In India

In April 2018, India’s central bank, the Reserve Bank of India (RBI) prohibited banks from transacting crypto-related funds. The move served a severe blow to cryptocurrency users in India and disrupted the entire crypto ecosystem as people found it difficult to cash out their crypto holdings. It resulted in the shut down of some of the country’s top crypto exchanges like Zebpay and Koinex. Others like WazirX created alternate peer-to-peer exchanges to navigate the situation and trade cryptocurrencies in India.

While the RBI’s ban severely impeded the growth of the Indian cryptocurrency industry, it wasn’t the only stumbling block for the sector. A committee appointed by the Indian government proposed a complete ban on cryptocurrencies all over the country in July this year. It also recommended penalizing and imposing severe fines on all crypto-related activities. The recommendations of the committee are now a draft law, which the Indian Parliament will soon take up for discussion. If it gets passed, it could well mean the end of the road for India’s cryptocurrency sector that is already in shambles.

READ  BondEvalue Announces Its Approval as RMO by MAS

The government’s measures have come under severe criticism from crypto activists and have also been met with major protests. The protesters have launched a two-pronged attack. The Internet and Mobile Association of India has filed a petition in the Supreme Court, whose hearing is still going on. The petition argues that the RBI is acting out of its jurisdiction by putting a ban on cryptocurrencies. According to them, the RBI has no right to create regulations around this issue unless the government brings in a legislative policy regarding cryptocurrencies.

As far as the discussion in Parliament on proposed legislation is concerned, an assertive grassroots movement that has begun from within India’s crypto community is calling for reconsidering these regulations. Their argument rests on saving the government from blushes over their failure to control cryptocurrencies. The decentralized nature of cryptocurrency transactions means that the government will have a hard time preventing crypto transactions. They claim that if the government bans cryptocurrencies in India, chances of fraudulent activities will shoot up in no time. Also, fraud victims will hesitate to seek redressal as they would fear being seen complicit in illegal activities. Therefore, positive regulation would be a much better approach than a blanket ban. The government will not only be better placed to monitor fraudulent activities but also generate high revenues by taxing crypto assets.

Also, the government would find it challenging to promote and support the blockchain technology if it completely bans cryptocurrencies. It is because blockchain and cryptocurrencies are intrinsically linked. Many blockchain startups now issue their tokens and raise money through Initial Coin Offerings. Any move to place a blanket ban on cryptocurrencies will severely dent the growth of Indian blockchain ecosystem.

The call for a more practical and informed approach on cryptocurrencies has found massive support in India. #IndiaWantsCrypto, a social media campaign that advocates positive crypto regulation has been going on for over 300 days and continues to grow further. Also, there seems to be a growing demand for investment in the crypto sector.

Cryptocurrency exchanges, many of whom bowed down to mounting government pressure, continue to show resilience too. CoinDCX, for example, offers various services like crypto lending and margin trading in over 200 markets. It has now partnered with Koinfox, an Australian crypto platform, to give its users access to advanced trading tools like algorithmic trading and risk-management strategies. Similarly, another crypto exchange, WazirX has launched a Smart Token program that allows crypto enthusiasts to connect with more advanced traders. These traders help crypto holders trade their assets in lieu of a percentage of profits that they earn.

Although India’s draft legislation gives a rather gloomy impression, there seems to be some cautious optimism among the crypto community. Also, movements at the grassroots level for positive regulation seem to be picking the pace and gaining significant momentum. Many experts are convinced that India won’t bid adieu to its tryst with cryptocurrencies anytime soon. However, only through a concerted effort toward crypto legalization can secure the future of cryptocurrencies in India.