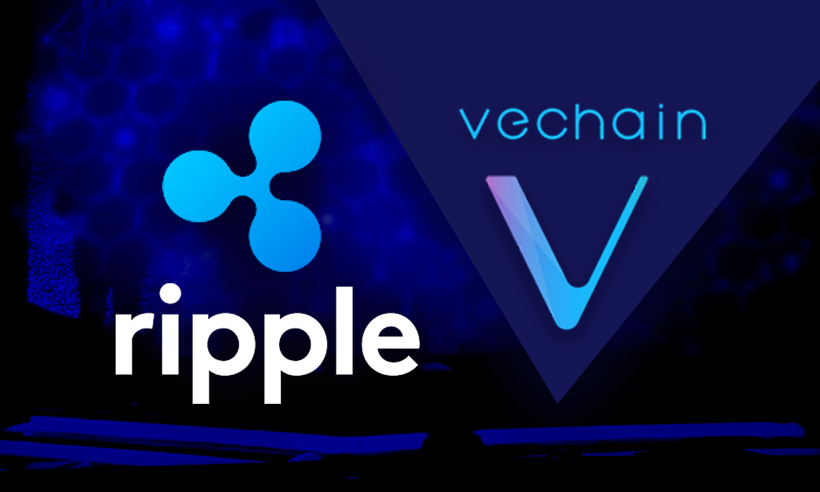 There Are Loose Rumors Of A Ripple-VeChain Partnership

Ripple is having an interesting and busy summer so far. The popular altcoin was billed as something of an up-and-comer throughout much of 2019, and though its value is still relatively low, it does seem to be gaining more attention by the month. Lately, this upward trajectory has been aided by talk of platform innovation and a spike in coin prices.

Regarding innovation, we reported in June that the validators of Ripple were discussing integrating a Checks feature in the XRP ledger of the blockchain. This innovation would apparently operate just like a digital version of paper checks. Users could send checks through the blockchain, and recipients could “cash” those checks at a later date, at which point the amount in XRP would be transferred to them. It’s an intriguing feature that would give people all the more reason to take an interest in this ever-buzzworthy altcoin.

READ  Uniswap Appears To Be Deviating From Its Promise To Vest Issued Tokens: Glassnode

As for the spike in coin prices, we should be clear that XRP is still trying to recover to where its value was before the worldwide economic crisis caused a sharp drop early in the spring. However, recent Ripple price charts show that there was a clear spike this summer, which was an encouraging sign to those who expected a big year for this particular cryptocurrency. In just the first week of July, the value of XRP leapt more than 17%, from 0.173 USD To 0.2036 USD. It has since leveled off some, but appears to be on a path toward full recovery.

These developments — reports of the Checks feature and an uptick in price — have, again, made for an interesting summer for Ripple. But now there are loose rumors of another development that would make for the biggest Ripple news of 2020. Specifically, there’s discussion of a partnership between Ripple and VeChain.

To be perfectly clear, this is an unsubstantiated rumor at most. There is some chatter online about the idea, but nothing approaching confirmation from either side of the rumored partnership. The story does have a touch of legitimacy though, if only because VeChain co-founder and CEO Sunny Lu specifically mentioned that VeChain could be a good partner for Ripple while answering questions over Twitter. It was not a particularly formal interview, and Lu did not discuss the idea as if it’s in the works. But he did appear to be open to the idea in theory, which at least makes it something to keep an eye out for.

As to whether or not the idea makes sense, it’s difficult to say — though the two cryptocurrencies have been mentioned alongside one another of late, implying that some are beginning to see similarities between them. VeChain, which is the lesser known of the two, is essentially an enterprise-geared blockchain whose primary functions are supply chain management and product authentication. As Sunny Lu noted in the aforementioned interview, these functions differ from Ripple’s primary focus on payment solutions. This means the two could conceivably combine, with each bringing expertise in certain areas to the table.

We’ll stress yet again that this is merely a loose rumor that appears to stem largely from Lu’s comments. With Ripple generating as much interest as ever though, and VeChain on the rise, it’s certainly an intriguing idea.

#Rumors Of A Ripple-VeChain Partnership