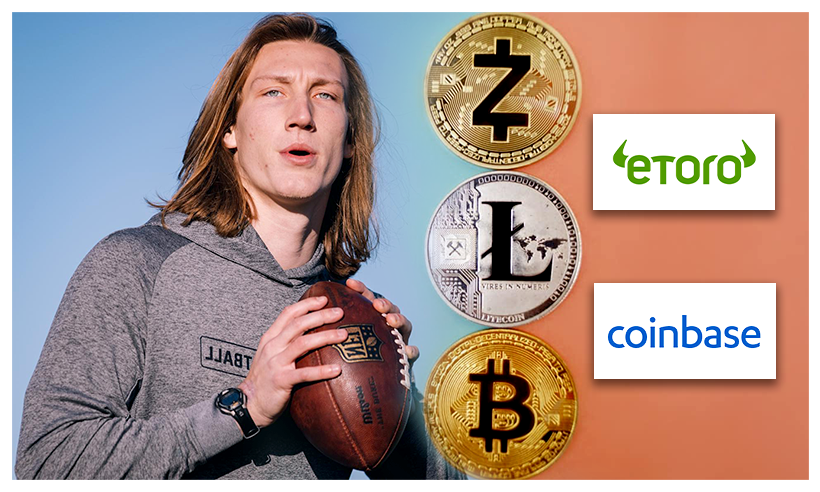 Trevor Lawrence, the likely number one overall NFL draft pick, penned a confirmation deal with cryptocurrency investment app Blockfolio on Monday. All set to cash in on multiple platforms, Lawrence is widely anticipated to get selected by Jacksonville Jaguars in the draft.

The signing bonus will be reflected in the form of cryptocurrency, which will be placed into the Blockfolio account in several crypto coins, for example, Bitcoin, Ethereum, and Doge.

The first digital coin, Bitcoin, and other digital currencies [Altcoins] have escalated in value over the past one and a half years. A large number of corporations, agencies, organizations, institutions, and individuals have accepted crypto as a form of payment in the recent past.

Bitcoin, whose exchanging value is approximately $10,000 at the beginning of 2020, has shown almost tripled till the end of the same. The coin is presently trading roughly at $53,000.

The electric car manufacturer, Tesla has now started accepting Bitcoin in exchange for electric vehicles. However, the firm has decided that the proceedings will not be converted into fiat. Other companies such as Square and Venmo have also allowed individuals to hold Bitcoin within their application. The digital currency brokerage Coinbase went public this year at a value of more than $80 billion.

Investors Interest in the Crypto Space

The field of sports has not been left untouched by the crypto sphere. It is seen that Several NFL players already are knotted in cryptocurrency. A recent investor is the Panthers veteran offensive tackle Russell Okung. The adviser of Fold allows investors to accumulate digital assets when they shop at retailers.

Tweet from Chiefs tight end Sean Culkin, on Monday, several reads about his conversion of salary into the digital gold. Chiefs tight and Sean Culkin is soon entering his fifth NFL season. He has two receptions for 36 yards for his career. Apart from this, the latest tweet from Okung, entering his 11th NFL season, reads: a year “Paid in Bitcoin” and “Bitcoin is inevitable.”