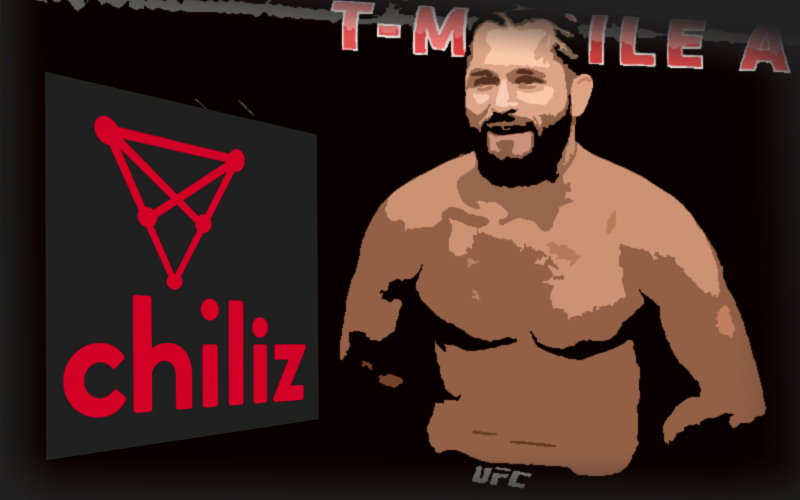 UFC has collaborated with Chiliz, an Ethereum-based sports tokenization platform, to release digital tokens of UFC fighters for its fans.

Chiliz (CHZ) published a notification on May 07, stating that it would soon introduce digital Fan Tokens of UFC fighters on its Socios, an app based on blockchain.

The signature coin of Chiliz (CHZ) could be used to buy and sell the tokens on the platform and then in exchange, they could purchase tickets to the UFC events, experiences and related rewards.

The company would issue only a limited number of Fan Tokens which will be fungible in nature, that means the tokens could be traded easily but at the market-driven price.

The CEO of Chiliz, Alex Dreyfus, while talking about his partnership with UFC, explained, “The idea is that (before the pandemic) 99.9% of sports fans, like YOU, are not in the stadium and yet you are a fan of few teams. So we offer teams the ability to engage and monetise their global fan base by creating Fan Tokens and attaching rights, experiences, gamification around these Fan Tokens”.

He further mentioned that earlier, Socios app had more than 200,000 users all over the world, but in the year 2020, Chili is expecting to go beyond that number.

Currently, the company has been working on its marketing campaign, which would help Chiliz to get a million users in the next few months.

The main aim of Chiliz is to become the biggest consumer-facing platform based on blockchain, by the end of the year 2020.

The Twitter followers of Socios are also excited with this latest partnership between Chiliz and UFC. Recently, the followers have claimed that their partnership would earn “hundreds of millions” new fans now.

The sports tokenization platform has also collaborated with Lagardere Sports and Entertainment so that it could grip in the National Football League and Major League Baseball.