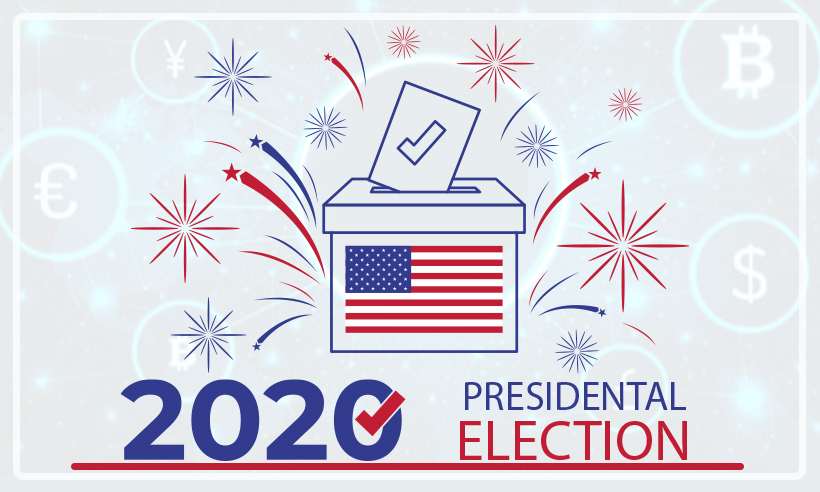 U.S. Presidential Election 2020: A Cup of ‘Joe’ for the Crypto World

The 2020 U.S. presidential elections have got the headlines covered for every news portal one can find. Even with the polls inclining towards Joe Biden’s favor, we have learned for the best to not assume, given the last elections polls suddenly favored Trump over Clinton in the end moments. Between the chaos of elections, the crypto community has apparently seen the light in both candidate’s victory with an eager eye.

As Bitcoin’s bullish sentiment feeds into the crypto market for the past couple of days, it’s safe to say that the crypto community is as much invested in the 2020 U.S. presidential election, similar to Biden and Trump. This year couldn’t possibly have a more invigorating ending than Trump vs Biden. With the coronavirus pandemic hitting the U.S. economy with a wrecking ball, Bitcoin wasn’t exactly seen skyrocketing as many investors expected. But as the U.S. presidential elections approached, Bitcoin has managed to claim its surge, hitting close to $14,000 by the end of October, similar to 2017.

Win-Win for the Crypto Community in the U.S. presidential election

With all the difference seen in the campaigning style followed by both Biden and Trump, there is one common trait. Both have been silent about their approach and future plans for cryptocurrency, as well as the CBDC. As the DeFi community grows to invest and engage in the many projects being developed, the market certainly hopes for a positive outlook. Even with the silent treatment on this subject, positive aspects are visible in the presidential victory of either candidate.

In the presumptuous victory of democrat Joe Biden, and the very nature of his list of agendas for America’s future, tax hikes, and increased regulations won’t be avoidable, putting significant stress on the economy and possibly increasing positive inclination towards the crypto market specifically assets like Bitcoin.

Moreover, Trump’s victory could result in even a bigger surge for cryptocurrency’s mass adoption. Hester Peirce is famously known as the ‘Crypto Mom’ and has proved to advocate for development in the crypto sector and leniency in regulations. The crypto mom is now set to be a member of the U.S. Securities and Exchange Commission until 2025, nominated by President Trump for his second term. The crypto world has its hope on Peirce to lift token projects without having to face too much regulatory burden in the process.

With the country less than 24hrs away from witnessing the reign of the next American leadership, the DeFi community couldn’t be more excited to enter its long-awaited success. Even with Trump’s previous statements in bashing cryptocurrency, Peirce’s influence might just be the hand DeFi was waiting to hold.