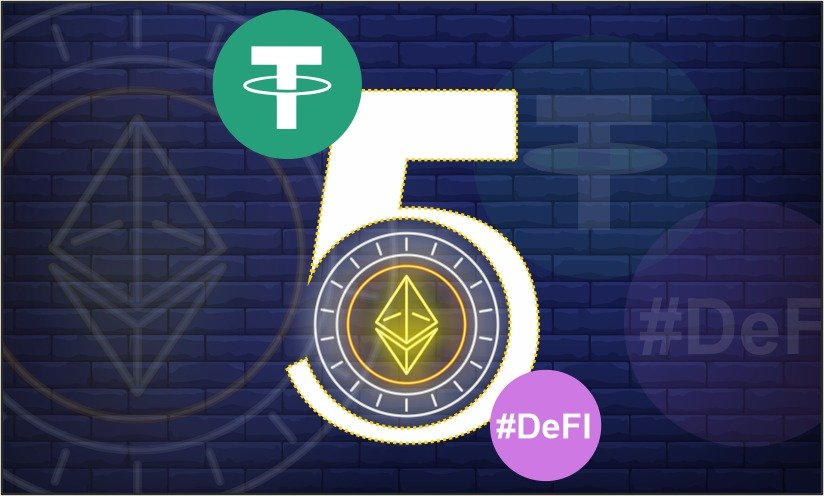 USDT And DeFi To Play A Vital Role In Ethereum’s Future, Says Experts

As Ethereum approaches its fifth anniversary, many of the industry experts shared their views on it. The most common view shared by most experts is that the future of Ethereum blockchain depends on Tether and Decentralized Finance tokens.

While speaking on this, the Chief Technology Officer of Bitfinex and Tether, Paolo Ardoino, has claimed, “Ethereum blockchain will play a central role in the digital asset ecosystem in the years ahead, as Ethereum-based Tether can continue to support and empower growing ventures and innovation in the blockchain space”.

He further said that one of the fastest-growing DeFi product in the market currently is USDT because it supports the alternative financial system. Ardoino mentioned that he has been working on this so that it remains the reserve currency of DeFi.

The market share of USDT among Ethereum-based stablecoin is 78 percent, as it uses the maximum amount of gas in the blockchain.

Ardoino also talked about the launch of OMG Network Plasma sidechain which would help the Ethereum blockchain by mitigating its pressure and network load.

A report states that the integration of sidechain into Ethereum blockchain might lead to a cheaper transaction.

Although the transaction cost on the network has increased recently, some of the industry officials are still waiting for the next upgrade version of blockchain as a solution.