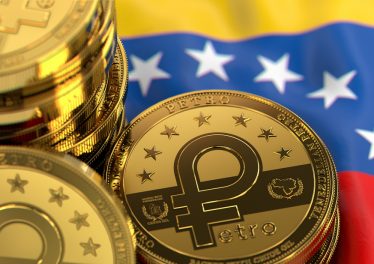 Venezuelan President Nicolas Maduro made a precise statement regarding the asset which backs the country’s digital currency, Petro. Reuters reported the news on Thursday.

President Maduro said that the OPEC nation’s state-run cryptocurrency, which is sanctioned by the United States, is backed by 30 million barrels of oil. The coin does not trade on any major cryptocurrency exchange.

According to the post, the barrels of oil backing Petro is currently sitting in the country’s storage tanks. “The inventories of crude and products in storage tanks are available for immediate commercialization … to sustain and back the operations of the sovereign Venezuelan crypto-asset, the Petro.”

Maduro revealed this during a television address, where he stated precisely that: “I will deliver these 30 million of barrels as a liquid, physical, material backing for the Petro.”

The statement today comes as part of a renewed effort by the president’s socialist government to boost the use of Petro. This is due to the fact that inflation continues to erode Venezuelans’ meager salaries.

Contrary to the development today, the country’s authorities initially said that Petro is backed by 5 billion barrels last year. The barrels were untapped crude reserves from an area without the infrastructure to get it out of the ground.

Meanwhile, the president failed to state clearly how the sale of oil inventories to back Petro coin works. In recent weeks, the officials attested that promoted adopted of Petro, saying that dozens of retailers now accept it.

Recently, Cryptoknowmics reported that the Bank of Venezuela opened up registrations for the Petro crypto wallet.