In this tech-oriented world, there would be no doubt in saying that the acquisition of cryptocurrencies is evolving at a swift speed. Nearly more than half of the world is accommodated with cryptocurrencies and market size will surely tend to grow in the near future. More and more advancements and enhancements in security protocols are maintained by researchers and tech experts considering the fact that enormous corporations will tend to acquire virtual currencies in near future.

Undoubtedly, with the evolution in the pandemic of COVID-19, much more expansion has been observed among bitcoin and the equity market. In 2019, the global market size of cryptocurrency was hitting the figure of USD 754 million. This figure is projected to hit the figure of USD 1,758 million by the year 2027 depicting a CAGR of 11.2% during the forecast period.

Considering this immense acquisition, Visa Inc. claimed on Monday that it will permit the utilization of cryptocurrency USD coins for the settlement of transactions in its payment network. This depicts the latest sign of evolving acceptance of digital currencies that are brought from hype to mainstream by a wide range of financial infrastructures.

The world’s leader in digital payments, Visa (NYSE: V) aims to develop an interconnection in this world with the incorporation of high-security protocols and in a most reliable, accurate, and efficient manner. VisaNet, the advanced global processing network, provides its users with secure and reliable transactions all across the globe and it is capable of handling 65,000+ transaction messages per second. The company’s persistence mainly focuses on technological advancements and innovations to compete in this rapidly evolving world. The world is moving from analog to digital at a swift pace, Visa with the implementation of its product and network is reshaping the dimensions of commerce.

It was announced by BusinessWire that Visa is the first major industry that is developing a bridge between digital and traditional fiat currencies. USD Coin (USDC), which is basically a stablecoin sponsored by the US dollar is utilized for the settlement of transactions with Visa over Ethereum. These are in fact one of the most anticipatorily utilized open-source blockchains. Visa is synergizing the capability with a visa partner and one of the world’s largest cryptocurrency platforms, crypto.com. They are planning to offer USDC settlement capability to additional partners in the upcoming years.

“Crypto-native financial technologies are thriving for such partners who maintain a better understanding of their businesses and numerous complexities of digital currency form factor. The announcement about visa acquisition of cryptocurrencies has marked a major milestone in our capabilities to address the requirements of the financial industry acquired for efficient business management in cryptocurrency or a stable coin. It is basically an extension or you can say an advanced form of what we actually perform every day i.e. facilitating payments in a secure manner in numerous currencies all around the world. ”

The most popular crypto, bitcoin, evolved to a one-week high on the news, increasing as much as 4.5% to 43,000, prone towards a record-high more than $61,000 hit during the initial stages of this month.

Moreover, as of 29th March 2021, according to circle, the founder of the USD coin, 11 billion USD coins were in circulation.

The Visa Head of cryptocurrencies, Cuy Sheffield, claimed that,

“We notice evolving customer demands all across the globe to be capable enough to hold access and utilize cryptocurrencies.  We are also noticing demands from our clients to be capable of developing products that provide access to customers.  ”

The MasterCard announced in February that they would begin supporting selected cryptocurrencies onto their network directly this year.

Mastercard claimed in a statement that,

“We are here to enable customers, as well as merchants to move digital values and assets however they want.”

Also, the latest news from Visa following its major competitor MasterCard Inc. also announced a raid into the digital asset space during the beginning of this year. Other than that, numerous other companies such as PayPal Holdings Inc. Bank of New York Mellon, and Tesla Inc have announced their plans and strategies regarding digital assets. Tesla claimed last week that they would be embracing bitcoin as payment for vehicles after earlier announcing a $1.5 billion purchase of bitcoin to transform their accumulations. Elon Musk, Tesla’s CEO also confirmed the autonomous vehicle marketer would not be transforming Bitcoin utilized as payment into edict currency. 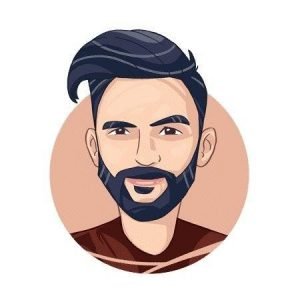 Ryan Jason is a technical content writer who’s been writing about blockchain and cryptocurrencies for over 3 years. His mission is to draw people closer to the crypto space by providing them with actionable and helpful content. He has a wide variety of writing experience in the Artificial intelligence, Blockchain, BigData, FinTech, Crypto, DeFi, Ethereum, and Cybersecurity sector.