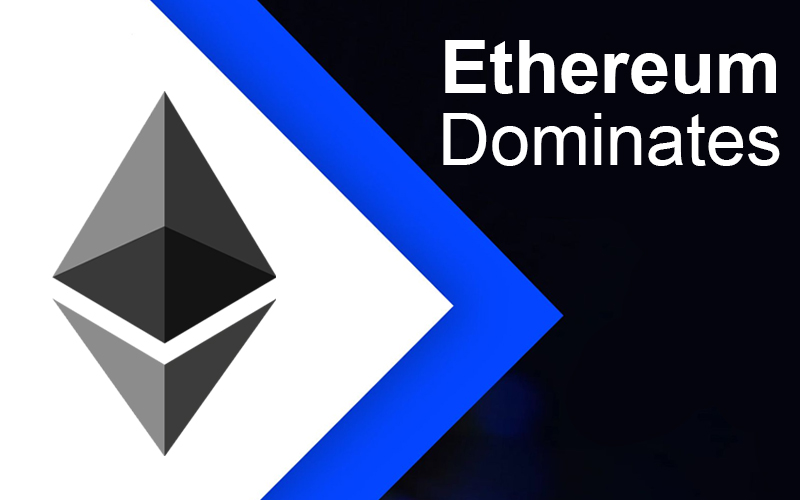 Data released by DappRadar shows that in Q2 of 2020, the transaction value for decentralized applications (dapps) has reached $12 billion, which means it experienced a surge of $4.5 billion from Q1 of 2020. The data also revealed that recently, the market is continuously being dominated by Ethereum.

One of the major dapps that is responsible for 82 percent of that $12 billion figure, is Ethereum dapps.

It has been notified that with $1.2 billion transaction volume, Compound (COMP) has become the most valuable dapp.

However, it has been reported that not all the aspects of Ethereum dapps space are successful.

In every quarter the gaming dapps were experiencing 80 percent reduction because the price of Ehtereum gas and its transaction fees increased.

DappRadar has reported that high gas price is the reason, the gaming activity on Ethereum was going down.

Although the Ethereum dapp is dominating the market with its transaction volume, EOS and Tron are leading in daily dapp activity.

The report further mentioned that the transaction volume of Tron is also improving in the market, since Q1 to Q2 of 2020, its volume has been increased by 17,210 percent.

Tron recently released its version of Ethereum’s Compound lending app, Oikos.cash, and if reports are to be believed then this lending app is the reason for the increasing popularity of  Tron Dapps.

DappRadar has mentioned that most of the activity of Tron dapp are being generated from apps in the Gambling and High-Risk categories.

As the EOS dapp wallet entered into 2020, from the year 2019, it noticed a fall of 53 percent in its activity and this happened because of network congestion which was caused by EIDOS token airdrop.

According to DappRadar, currently, the position of EOS in the dapp space if fragile. Although its current volume is $1.9 billion, the two main dapps behind this figure are Upland and Crypto Dynasty.