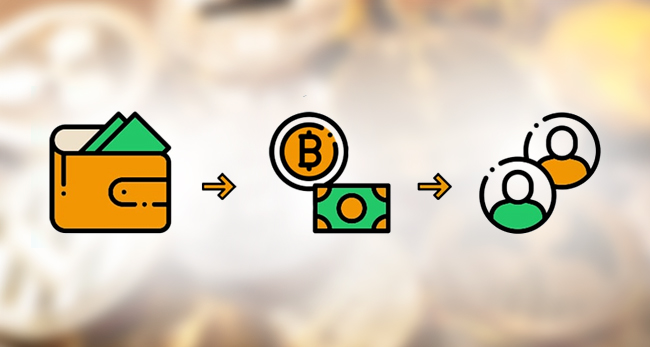 What are Cryptocurrencies and How Do They Work?

Bitcoin was launched in 2009. It is the world’s first digital currency. At the time of its launch, people hardly knew about it and used to think of it as a part of the dark web. However, today, Bitcoin falls in the list of 10 largest currencies in the world. Such has been the success and acceptance of Bitcoin and other cryptocurrencies, that the crypto space is a mainstream investment sector today. The global market cap of cryptocurrencies stands at $2 trillion. And not just Bitcoin but enormous other digital assets have gained noteworthy success over the past few years.

Cryptocurrencies are digital currencies. You can use them, invest in them, use them to buy goods and services, but cannot touch them. They are currencies just on the internet and are not controlled, issued, or governed by any state or authority. They are decentralized. Consider them to be arcade tokens or casino chips. To use the product or service, you’ll need to trade real money for cryptocurrency.

Blockchain is a decentralized technology that manages and records transactions through several computers. The protection of this technology is part of its appeal.

Cryptocurrency, unlike conventional “hard” or paper money, has no physical shape. It is, in reality, a collection of data protected by cryptography (the science of encoding and decoding information), which is why it is referred to as “cryptocurrency.”

According to CoinMarketCap.com, over 6,700 separate cryptocurrencies are there today for public trading. And cryptocurrencies continue to proliferate, with initial coin offerings, or ICOs which is used to raise money. Some of the top cryptocurrencies in the market today, apart from Bitcoin are- Ethereum, Binance Coin, XRP, with a market cap of $476 billion, $103 billion and $55 billion respectively, at the time of writing.

How Do Cryptocurrencies Work?

Cryptocurrencies use blockchain, an online database and transaction log, to keep track of their records. Blockchains build digital documents – such as transactions, certificates, and contracts – that can only be added to, not altered or removed. Crypto-converts believe that this independent transaction log is much more reliable than paper records or institutional digital accounts, which can be easily compromised.

READ  The Barriers to Mainstream Cryptocurrency Gambling As of 2020

In essence, the platform stores both the buyer’s and seller’s data as a “hash,” or a string of letters and numbers created by a complex mathematical function. Since each hash is directly connected to the hash before it, unauthorized modifications to the ledger will become obvious as soon as a hash is changed.

Since cryptocurrency is decentralized, it prevents associations with third-party servers and government departments, which often collect large amounts of data and can monitor an individual’s access to funds. Transactions may be processed anonymously due to the lack of association with a government or financial system, which some may consider a significant advantage.

The group is transformed into a “block” and connected to the other blocks on the server until it reaches a certain number of hashes, hence the name “blockchain.” The blockchain is updated every ten minutes and is stored on thousands of servers around the world.

Some currencies, like bitcoin, have a software-imposed limit on the number of units that can be produced. Because of the limited supply, each unit becomes more valuable, particularly as the currency becomes more common among day traders.

Why Invest in Cryptocurrencies?

Cryptocurrencies have become so popular that today, top institutional giants like Grayscale, MicroStrategy, Tesla, MassMutual, etc. have included cryptocurrencies in their portfolio. In contrast to conventional stocks, shares, and mutual funds, cryptocurrency provides the protection of anonymity as well as the potential for rapid future development. Furthermore, since it exists outside of the conventional government framework, the funds are seldom frozen or seized by authorities.

Popular investment apps such as Robinhood, Coinbase, and Kraken all make it simple to buy cryptocurrency. There are also entire online trading sites and exchanges devoted solely to crypto products (such as Gemini, BlockFi, eToro, and Bitcoin IRA).