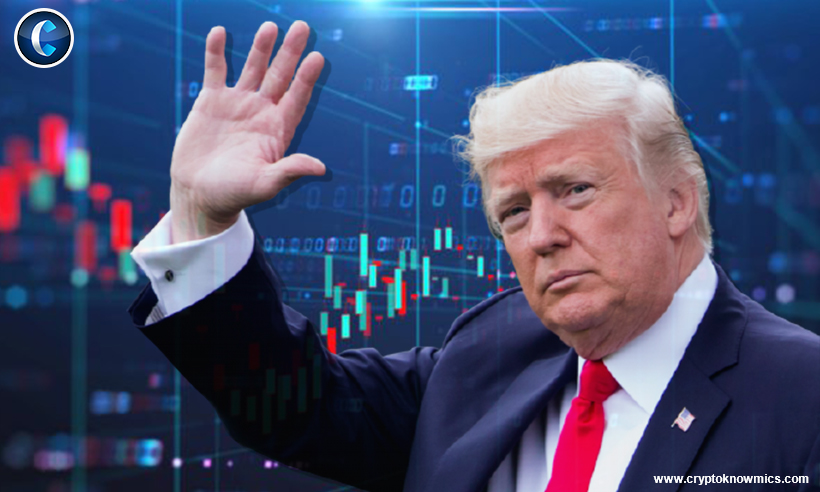 What does “GoodBye Trump” mean for Crypto-Space?

What does the defeat of Donald Trump mean for the Indian crypto-space? Don’t worry we are not going to take you on that road today. But for sure some jokes are trending on Twitter in terms of the Indian crypto-economy. In Asia, China and Pakistan are busy sending ‘favorable change’ under Biden. Former Pakistanis didn’t wait to jump over giving their army’s wish list on Twitter as soon as Joe Biden takes the formal oath.

However, the chances of Biden and India are very distantly related. But finding a connection link for Kamala Harris, India, and the new president Joe Baiden is not easy either. Regardless of the proof to his long-ago statement, in which the U.S. President Joe Biden claimed that his “great great great great great grandfather” was a captain in an East India company. Who, after retirement, decided to settle in India. India can only expect continuing good relations with the USA.

But we can clearly see that Twitter RAJ is over, as Biden is not “Twitter-savvy.” His Twitter account is managed by surrogates who don’t poke around the “namkeen” foreign policies.

Under the umbrella of Democrats, the crypto-lovers will have an easy way ahead. Noted that Trump has already declared that he is not a big fan of cryptocurrencies, neither of BTC. Although, expectations are high from Biden’s administration to bring some fresh face into regulations.

“I think we have more opportunities in Biden’s administration,” said the executive director of the Blockchain association Kristen Smith. She recently appeared as a guest on Fortune’s latest episode ‘Balancing the Ledger.’ She supported her statement by naming a few fresh faces that might be willing to move forward on positive crypto-space policies.

America has spoken that Biden now leads the country, but do you think Donald Trump will easily let the seat slip? Or the uncertainties could happen once again?

With Joe Biden’s control over the Senate, the economic stimulus rises more prominently. Also, having Kamala Harris as the Vice President who is not crypto savvy yet has all the potential to be one. The new White House seems to be more friendly toward cryptocurrencies and the Blockchain technologies associated with it. Moreover, Gary Gensler, a well-known name who joins the team to focus on the Wall Street policy team.

The appointment of crypto-focused Gary Gensler has raised some hopes for the crypto-space, as he is a renowned teacher of blockchain technologies and other cryptocurrencies at MIT.

Biden’s decision to select Gary Gensler can be a good sign. He hopefully put the “right people” in place or at least the ones who know what Ethereum means.

However, there is no official ban on cryptocurrencies under any existing law of the Indian constitution. Although, all those who are dealing with it are constantly in worry about the deep-rooted risk it brings.

Yes, we can expect a lot of opportunities for crypto freaks in Biden’s presidency. Although it’s up in the air on which side the situation would turn. If we look at the administration, it has all the potential to provide the ideal opportunities for the eye to grab.

Indeed, Vice president Kamala Harris has already appointed Ryan Montoya, who had served as chief technology officer of Sacramento Kings. Montoya is no stranger to politics either. He had served as an associate. when Biden was Vice President of America under the presidency of 44th President Barack Obama.

Rumors said that Crypto-smart Montoya can convince Biden to see fortune in Bitcoin, technologies, and various digital assets associated with it.