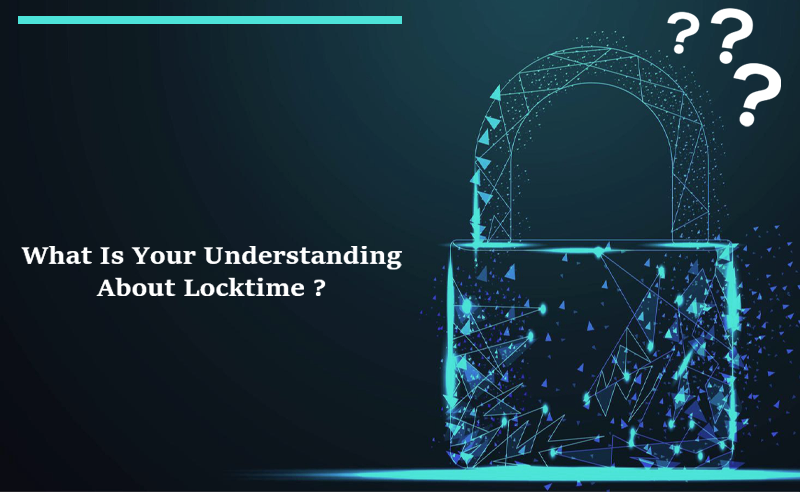 What Is Your Understanding About Locktime?

The understanding about lockdown in the cryptocurrency states about adding to the Bitcoin script end, postdating the previous time where the addition of transaction can be done validly on the blockchain. A locktime can be set by the program to either block height or real-time. When the script is added to the locktime, it all indicates about the confirmation about the transaction and the addition of the new block, when the required time has been met with block height or is passed. Or you can say that when the script is added with this operation, the transaction remains invalid until the height or time gets set. An interesting fact about locktime is that it shares a similar feature with a post-dated cheque; the processing of cheque remains unprocessed without a named date.

After the validating every transaction and receiving block by nodes, the locktime transaction becomes unacceptable until the script sets a certain height or time.

While knowing about locktime, one can say that it is the one and only the perfect time lock that has been an essential part of the creator Satoshi Nakamoto’s real program. Since set locktime is not much in use by many transactions, in that way, the set of locktime transaction is 0x00000000.

When it comes to its use, then there is no doubt about locktime. This function finds its best use in an event where there is a possibility of change in decision by a signer. In such a case, when there is no possible agreement on a transaction, then a new unlock transaction can be added by them. A similar output from the inputs is utilized by the new transaction.
The input is received from the actual locktimed transaction input. If you are abreast of blockchain regulation news, then you will know that these transactions are not valid until the script is set with time. And it will continue till the time blockchain receives a new addition of transactions before the time lock gets finished.

Locktime is co-related with block time. In the blockchain, a locktime is an average time generating the extra block. Block time, on the other hand, exceeds actual time ranging around two hours. Locktime can be set by two means. It can either be set by a particular time or even block height. One must know that a locktime ensures the locking of a transaction until there is a certain point in time or block height. It performs two operations with either time or block height.

So today you got to know about locktime. This term is explained when the request for a transaction arrives with the delayed rule when it can be operated on the blockchain to a particular block or particular time. Like locktime, there are many other terms in the cryptocurrency, which you must learn. These terms are in use anytime. Also, you apply for jobs in cryptocurrency, then it is expected from you to know every important cryptocurrency term at the back of your hand. So while exploring this new digital technology, always be curious to learn more and more terms like this. And if you want to explore new updates about cryptocurrencies, then start following crypto news.