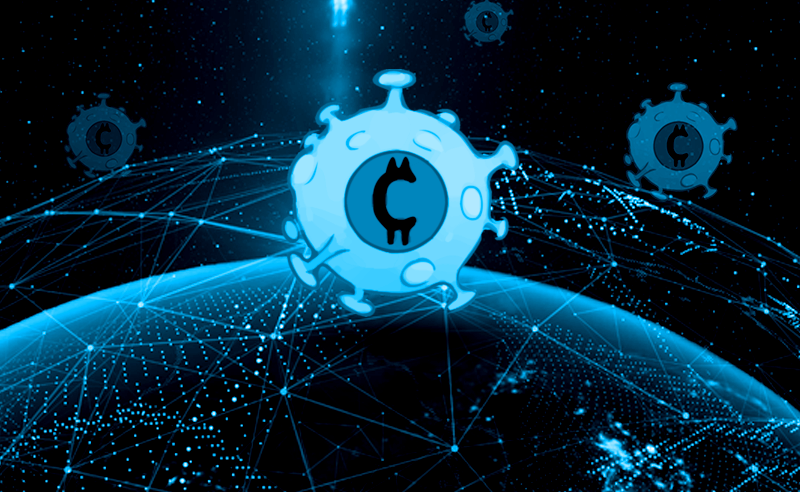 Why Corona Coin Is The Dark Sheep In The Crypto World

Corona outbreak has turned into one of the biggest fears around the world so far. The epidemic started its journey from China, and now, it has reached each and every corner. Several core industries are in a halt at this time as the spread of the virus infection has prevented everyone from carrying out any task. The crypto industry has been impacted severely, with the prices of major digital assets like Bitcoin, Ethereum etc. going down sharply. Also, the outbreak has given rise to a new cryptocurrency, Corona coin, which seems to be an unwelcomed member in the crypto family. In this article, we will see why Corona coin is the dark sheep among all the cryptocurrencies.

What Is Corona Coin?

This cryptocurrency is something that bets on the number of deaths caused by the Corona outbreak. A team of seven or eight developers from Europe has designed this coin. The currency allows its users to earn cash according to the number of infections and deaths caused due to the virus. The number of Corona coin tokens would decrease if the number of deaths and infections increased. Corona coin developers have estimated a total supply of over 7 billion, which is the total population of the world at present. Its scarcity would result in a surge in the price. Currently, Corona coin can be traded on Saturn crypto exchange platform with the help of cash, gold and other valuable assets. Moreover, you cannot mint new Corona tokens, thus making it a deflationary coin.

How This Cryptocurrency Works?

The tokens of Corona Coin are burned every two days, according to the number of deaths within that period. The total number of coins available are 7604953640. This figure is set as per the number of people at the time of creating the Corona coins. When any death or infection would occur, a token will be burned, decreasing the supply of the total number of tokens available at present. In addition to this, this cryptocurrency works on a new consensus algorithm, Proof of Death. Just like the other cryptocurrencies, Corona coin also works with blockchain called as NCOV blockchain. However, its blockchain keeps a record of the virus spread, rather than storing details about digital transactions.

Corona Coin And The Crypto World

The developers behind this crypto project say that it is a way to spread awareness about the outbreak. However, the currency seems to work very opposite in the crypto world. While other cryptos are keeping people in power, it is betting on deaths. The consensus mechanism behind this cryptocurrency, i.e. Proof of Death advertises a negative moral to the society. When cryptocurrencies were introduced, they aimed to ease digital services for the people. Thus, this coin is not providing any ‘real’ benefit to the world. Several communities have criticized Corona coin. Commentators from popular websites such as Reddit have declared it as a ‘shitcoin’ or a total waste. Also, the crypto community has not considered it as something that has brought an innovation. Thus, Corona coin proves itself a dark sheep in the world of cryptos.

Projects Besides The Corona Coin

The Corona coin developers are yet to introduce a web-based game. You will have to use a Corona coin to play this game. Each player will have a personal virus that would infect a particular country across the globe. The player who will be able to spread his or her virus worldwide by defeating the viruses of other users would emerge as a winner of the game. Such a player will receive Corona tokens that other users have spent in order to play the game. The development team has further described that the game has taken ‘risk’ as its primary motivation. In the coming years, the team would also launch a new game which they have described as Plague. Inc.

In this article, we have seen how the Corona coin is the dark sheep in the world of cryptocurrencies . Its team claims that the coin would raise awareness about the epidemic in the coming days. However, Corona coin has been criticized by social media as well as the crypto community. Moreover, it’s Proof of Death consensus mechanism lacks a moral sense, both in the world of ours and cryptos. Finally, I would like to say that crypto-assets like Corona coin, which get high on the number of deaths, are a devious tool to get money, and should not be encouraged at all costs.

READ  Digifinex: A Finest Cryptocurrency Exchange With Splendid Liquidity
#Corona and crypto #What is corona coin