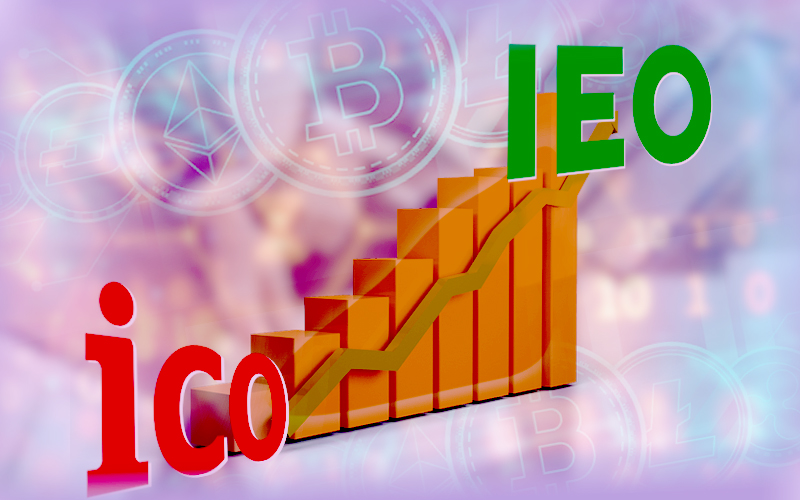 Why IEOs Turned Out To Be More Successful Than ICOs?

A few years back, the crypto market went through a phase where Initial Coin Offerings (ICOs) was considered as the perfect way of raising funds for new startups in the crypto space.  Back in 2017, people have started seeing ICOs as a revolution in the crypto market but the ICO revolution was short-lived as it was taken over by scams and Ponzi schemes. And in just a couple of years, it went from being the next big thing to a potential tool for scammers.

What is an ICO and why was it considered as a revolution?

ICOs act as a tool for any organisation, startup company or anybody else who wants to raise investment to launch a coin or a dApp. It raises funds through the investors who are willing to invest their money and then they will be rewarded with the new cryptocurrency token once launched by the company at a discounted rate as per their investment. One of the best things that people found about ICOs was that it was an extremely simple and fast way for raising funds as compared to any other methods. It has been seen a lot of times that companies can easily raise millions of dollars in a very short span of time with the help of ICOs. Even though ICOs in itself is not any new concept as it was introduced way back in 2013 but it started gaining popularity in early 2017 and that was the time when people have started considering it as a revolution.

Back in June 2017, one startup called Bancor was able to raise around $153 million within just three hours. Another firm named Gnosis was able to raise $12 million that too in just 15 minutes with the help of ICO.  Initially, many promising crypto projects got monetary support to create an infrastructure for their vision.

However, one drawback of ICOs was that the firms raising funds did not have a product to offer, but rather a promise to build the product from the raised funds. It was kind of Kickstarter projects which have gained so much popularity in recent times. The scammers found this aspect quite lucrative since they don’t really need to have a working project to cater it to investors, many scammers started to influx the ICO ecosystem with fake tokens promising easy and fast money to the investors leading to a number of scams.

As soon as people started identifying these scams, they started stepping back from it and eventually this revolutionary idea turned into a taboo in very less time. By the end of 2018 it turned out over 80% of the ICO projects never made it to any exchanges or created any token.

Majority of ICOs turned out to be scams

They categorised these ICOs into six different groups which namely,

As mentioned above, 81% of the total ICOs were reported as scams, another 6% were counted in a Failed category and 5% fell into Gone Dead category. In total, there were 92% ICOs which were in a list of failures and were unable to make it up to exchanges.

Now comes the remaining 8% which managed to start trading on the selected crypto exchanges. These 8 percent also fall under three different categories in which 4.4% fall into a Dwindling category, 1.8% were in the Promising category and only 1.9% of them were successful. This is quite a shocking number for those who thought ICOs as a great solution for raising funds as the success rate of these ICOs is quite low which makes it a complete failure and a taboo for the market.

As per a study conducted by Fortune Jack around $700 million have been reported to be lost by investors in the top ICO scams.

Even though it was proved by several researchers that the majority of ICOs were scams, it was quite surprising that a lot of people still continued investing in them. In 2018, it was recorded that more than $20 billion have been invested in the ICOs by the end of that year.

IEO, a better alternative to ICO?

Due to the association of scams with ICO and security limitation in it, people tend to search for another alternative to it and that is when Initial Exchange Offering (IEO) emerged as a viable alternative to ICOs. As far as the sole purpose is considered, IEO is much similar to ICO but the major difference between the both is that unlike ICOs, IEOs were conducted based on a launched product rather than a promise.

There are several things which make IEO a better option than ICOs. The first one is definitely the platform because with this people do not have to worry about whether it will be launched or not because it launches on an exchange which is already there in function. Another major point of an IEO is that only the members of the exchange on which it has been launched will be able to participate in it, unlike ICOs, as it allows everyone to take part. This simply improves the security of the network and hence there are fewer chances of a scam with it.

According to a research done by A.S. Mayalo, a PhD student at HSE National Research University Higher School of Economics, Moscow, the finest example of a successful IEO project is BitTorrent which was able to raise more than $7.2 million within 18 minutes. She has done complete research on IEOs across the world and found out that 42 projects of IEOs have been completed successfully. Singapore, South Korea and Estonia are the top countries which have the highest number of IEO projects across the world.