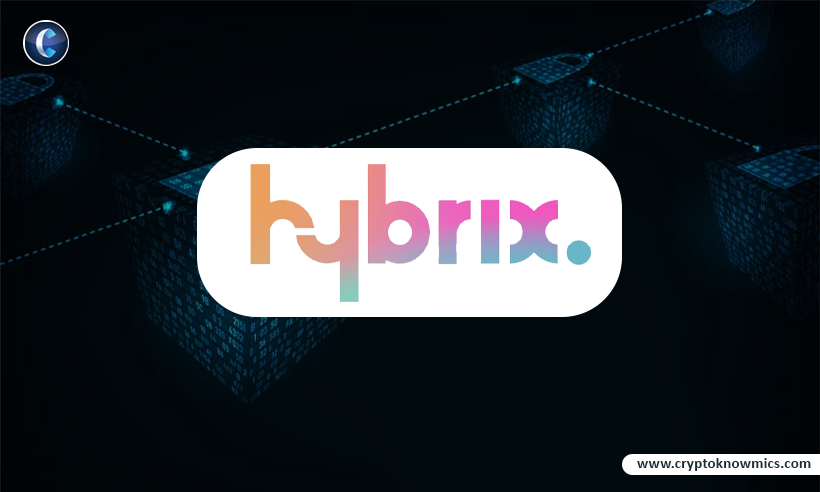 Why is Hybrix your One-Stop Blockchain Solution?

While Bitcoin and other cryptocurrencies have enormous true value as a means of exchange, it is the underlying distributed ledger technology, blockchain, that has captured the attention of entrepreneurs, financial institutions, and other organizations. Entrepreneurs have created businesses based on Bitcoin and other cryptocurrencies, as well as decoupling the fundamental blockchain technology from Bitcoin to create new apps and other processes. There are currently over 250 active venture-backed entrepreneurs in the space, and over 200 venture capital firms have already invested $1.3 billion in businesses throughout the developing ecosystem.

The scale and scope of potential blockchain applications are enormous, embracing a wide range of use cases in practically every industry. Given the rapid popularity of Bitcoin and other cryptocurrencies, as well as the rapid creation of a wide range of blockchain technology applications, it should come as no surprise that startup activity in the sector has been brisk. Many blockchain solution platforms have been introduced so far and have provided unique and groundbreaking innovations to the industry. And when we talk about innovative blockchain solutions then one can’t go without mentioning Hybrix Blockchain.

Hybrix is a multi-blockchain platform that truly gives you the benefits of decentralization and empowers freedom of transaction. Hybrix is a borderless cross-ledger platform that connects all blockchains. Swap, store, develop, investigate, and transfer across multiple blockchains at the same time. You have the right to free transactions. You can freely move value whenever and however you see fit, in either physical or digital form.

Before the introduction of Bitcoin, Internet commerce relied nearly entirely on centralized institutions acting as trusted third parties to execute electronic payments. These organizations effectively act as censors for these financial marketplaces, reducing your ability to interact freely. Bitcoin aimed to increase freedom by universally providing the tools to open an account (i.e. a bank account), with the added benefit of dependable, rapid, and low-cost transactions. Hybrix presents a method to connect most ledger technologies, thereby protecting and expanding your transaction flexibility.

Plenty of crypto islands and archipelagos have sprung up, each with significant resources invested in both technology advancement and financial assets, and attempts have been taken to ensure interoperability. However, if the ocean that surrounds them is used to harness their combined power, agnostically, the flow of transactions between systems might be bigger. This is why your answer here should be the HY token.

READ  Tactical Methods To Improve Your Gains With Cryptocurrencies In 2021

HY aspires to be the common thread that connects them all, promoting interoperability by allowing users to transact on and with any DLT. HY uses a second-level token protocol to transfer units of account on a single ledger or between a large number of DLTs. Its transactions are kept on the DLT in question. This allows users to choose the ledger system that best meets their requirements. HY will have a limited supply of 21 MM tokens. The HY token (HY) will be a preliminary implementation of a cross-ledger token built on top of the Hybrix protocol. The HY token’s primary applications are as follows:

READ  Which One Is A Better Crypto Exchange: Bittrex Vs Bitfinex?

Although there are no acceptable benchmarks for the HY token, we anticipate that it will have some parallels with the Ethereum network in terms of transaction volume and velocity due to the two networks’ use case functions. Due to its restricted supply and delayed distribution timetable, we anticipate certain similarities with Bitcoin in terms of its use case as a store of wealth. When making comparisons and estimates about the HY token valuation, we will utilize those two currencies as benchmarks.

Hybrix has suggested a methodology for transferring meta-level data between distributed ledgers that are not reliant on trading platforms or decentralized atomic transactional interoperability. The system is clear and transparent by design. Transactions can be done and signed client-side and sent peer-to-peer among users, so the process of moving value across ledger systems is not centralized. And to talk about security, the user can independently audit the chain of transactions to validate the authenticity of their token balance.

And these above-mentioned benefits are just the tip of the iceberg. Every underlying protocol that guides Hybrix, adds up to make it your one-stop blockchain solution.