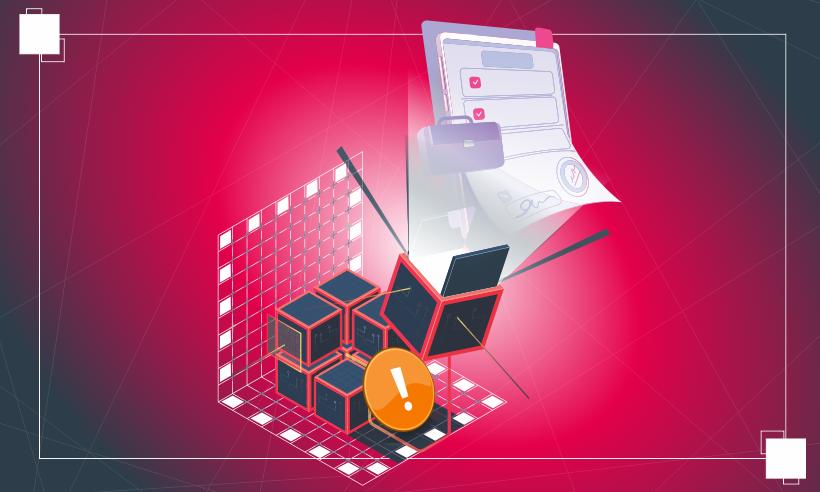 Why Smart Contracts Are So Important in Blockchains

Smart contracts were proposed by Nick Szabo in 1994, who was also rumored as the real Satoshi Nakamoto once, which he had denied. Smart contracts are simply a code or contract that lets both buyer and seller communicate and ensures the completion of the transactions within the terms of the set agreement.

Imagine you want to sell your old car. However, selling a car is even more complicated than buying a car, which requires a lot of necessary documentation. But, the complexity of paperwork and the intermediary negotiation can’t be ignored.

To make this process easier and secure, the majority of people prefer brokers or agents, an intermediary who assists with the paperwork for the sale of a car. And the agent will charge some percentage of the amount from both parties (or from the party it belongs to).

A smart contract works on the principle of “if-then.” So, if the seller agrees to these terms, then only the buyer will transfer the money and vice-versa. Above all, transacting through the e-agreement resolves the biggest issue any centralized agreement would face, i.e. interference of third parties.

Therefore, making use of these smart contract protocols helps solve thousands of different things, from facilitating the properties to exchange of money and service records. Transactions made using smart contracts eradicate the questions of trust between both parties as everything is written beforehand. Also, the terms and conditions in smart contracts are added to the blockchain, which is a distributed, decentralized, and public ledger system.

How does it Work?

Have you ever seen a vending machine? You simply put what you have and receive the desired product. Smart contracts work in a similar fashion.

“A smart contract or digital contract is a set of rules developed by people who themselves lose the authority to alter once the code is deployed on the Blockchain.” 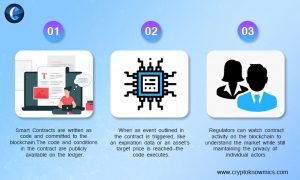 This feature ensures decentralization and transparency as the owner himself cannot make any changes to the code or either access any transaction. The owner will only be authorized for the transaction fee that has been made by the parties in order to facilitate transactions on the smart contract.

There exist multiple smart contracts that offer similar services. Obviously, both parties must decide which to choose based on the services one offers better than another. Using smart contracts is equally easy and handy as you only need to drop your crypto into it and “agree” with the agreement you are in, that’s all.

Although, to some extent, all of this is already there in the cryptocurrency system where every law is predefined to let the network function operate independently. Also, theoretically, the complete system of cryptocurrency can have smart contracts.

Workings of smart contracts depend upon three integrated parts, the signatories, the course of the agreement, and multiple terms involved in any smart contracts. Signatories are the party’s consent to the set of regulations mentioned in the contract. The agreement includes the digital signature of the signers of the smart contracts which work as proof of a consensus between the parties.

June-report presented by Forbes lighted up the potential of blockchains. the report said that IBM Blockchain is growing in the food industry using smart contracts. Using smart contracts in blockchain technology builds trust. The transactions are transparent and no one can alter the transactions once made. This maintains the transparency and trust of the investors at the same time.

A smart contract is a rapidly advancing technology but yes, it has ankle biters as well! For instance, the code that makes up the contract should not have any bugs. But, it is not practical to think of eliminating the possibility of bugs completely and be 100% sure about it.

Even a single mistake can lead to exploitation by scammers to a large extent.

Another serious question that bothers the mind of investors, is what if the contract doesn’t get access to the terms and conditions on which the agreement was made? or the code gets hacked someday!

Irrespective of all these doubts, the question of how young the technology is, smart contracts have proved to be the foundation of decentralized applications.

What role does smart contract play in decentralized finance?

If there exists some potential in the application of Decentralized finance, then it is because of smart contracts.  Smart contracts are already-written codes. they hold a unique ability to enforce multiple terms through computer coding. If these terms do not execute through smart contracts, they need manual supervision to a large extent. Which in turn consumes resources to large numbers.

Big names like Facebook are themselves involved in the blockchain smart contract. The slow speed of processing of verification is holding back the wider use of technology. Using a smart contract will let them split the data and assign the process into small pieces to compute. 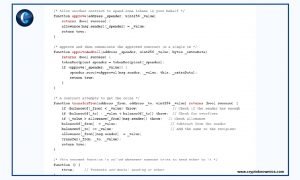 Smart contracts have always made the way easy to process and make the whole system efficient and quick.

Smart contracts ensure reliable execution and automation of the process. they reduce the risk of cheating in both parties and making the procedure faster and easier.

On one hand, where smart contracts corroborate high performance, there’s always been a possibility of bugs and vulnerability that put valuable and confidential information at risk.

Smart contracts keep records of the data present in the encoded form and stored in the blockchain. HIPAA (Health Insurance Portability and Accountability Act) uses smart contracts in the field of health care. Here, the receipts of the patients going through surgery are recorded. All the records stored in the public ledger can be accessed by authorized individuals.