XMR at a Crossroads: 30% Price Fall Is Possible

With quite confident steps, XMR has approached the main critical point of 2018. Growing by more than 400% in 8 months, this crypto world “dinosaur” has proved its right to exist, competing with decentralized projects.

However, starting in October 2020, the XMR price growth began to markedly slow down. Approaching the liquidity range of $150-160 provokes investors to fix their profits. In fact, the break of this liquidity range began a fatal falling trend that lasted 2 years.

For 8 months, the XMR price organically moved in the red growth channel: 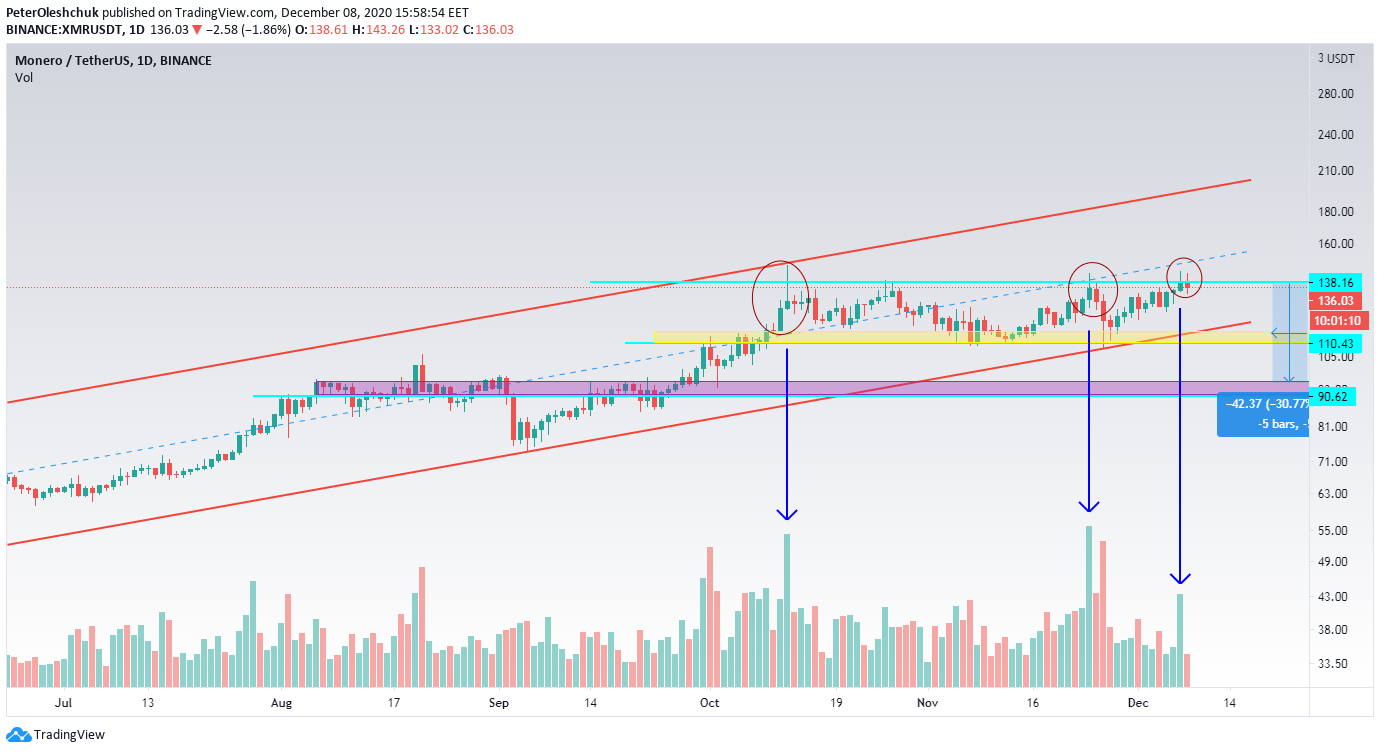 Though, since 12 October buyers had problems with the mark of $138. Buyers managed to break it up three times, in the end, it all ended in a false breakout. As a result, the local growth trend from September 2020 broke. And the consolidation has been forming in the market for the second month with the limits of $110-138.

If we compare the behavior of market participants in this consolidation, it is noticeable that with each new counterattack, sellers act more aggressively. For example, if after 12 and 27 October, the XMR price fall was at medium volumes, the counterattack on 25 November was much more dangerous.

Careless buyers’ movement can result in XMR fall by 30%

Yesterday’s fight for the mark of $138 did not give a positive result. In addition, the trading volumes during the breakout are much lower than usual. 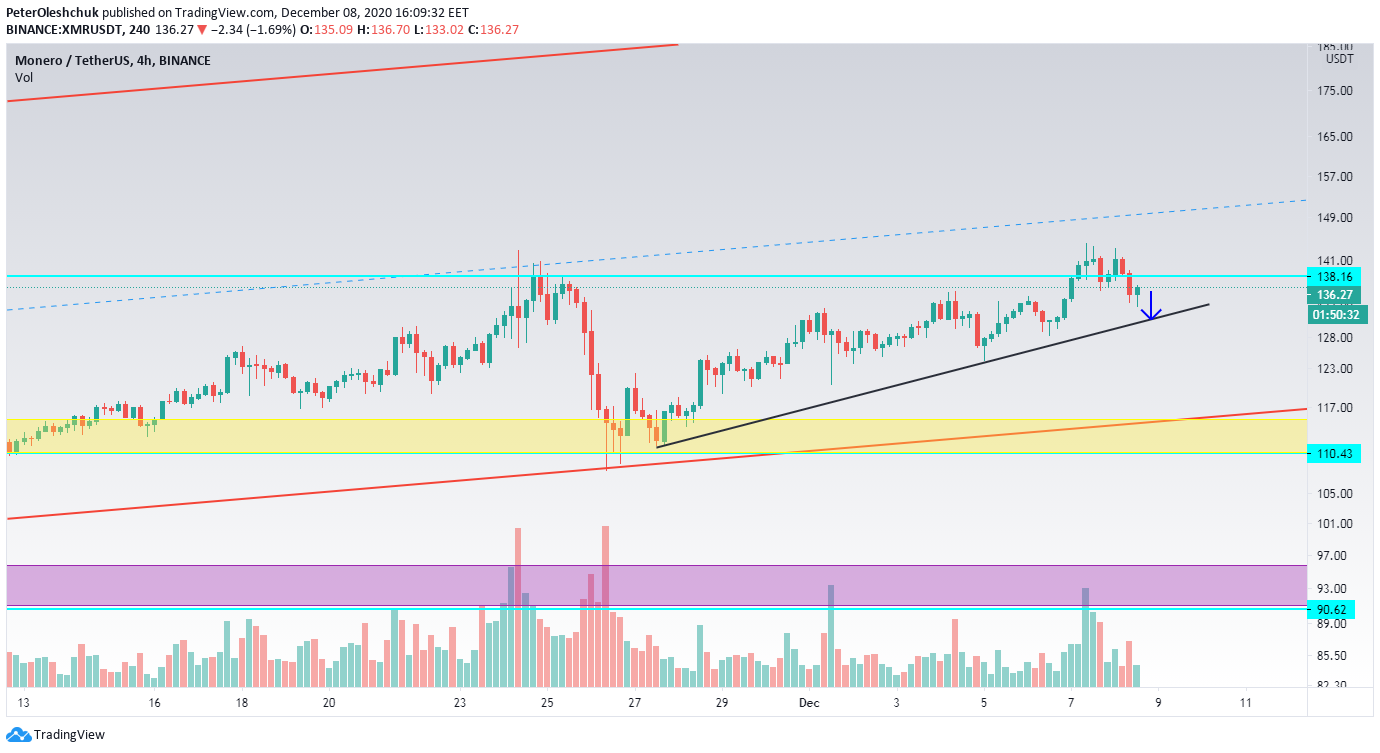 Nevertheless, buyers continue to fight for the critical mark and consider the negative scenario as the main one only after breaking $130.

Therefore, this week should break the consolidation cycle and start a new price movement trend.