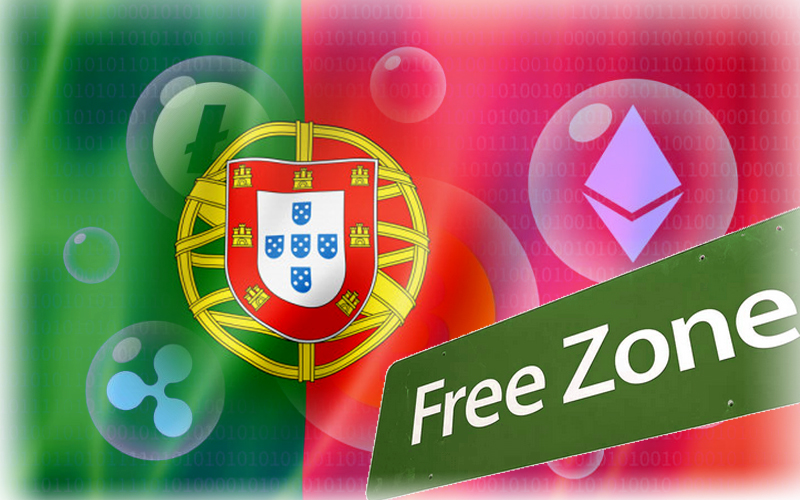 ZLT Zones in Portugal Could Make the Country Crypto-Friendly

In an attempt to be at the forefront of economy and innovation, Portugal has come up with a national plan in multiple areas to encourage digitalization. Termed the Digital Transitional Action Plan, the government of the country would provide robust infrastructure and other means for innovation, and competition, and also benefit the enterprises internationally.

Digitalization is one topic which keeps popping up whenever the economy is discussed, and now given the lockdown and the troubles that had come cause of the Covid-19, it’s obvious it would be the talk of the town again. The plan is to target the people and make them a part of digitalization, transform the businesses digitally and also digitalized the whole country.

Although there are a lot of strategies on how they want to go about in making particular files more digital. The creation of technological free zones (ZLT)  has caught the instant attention of the people.

ZLT Can Help Portugal Make a Leap in The Crypto World

According to the CEO of Tozex, Remy, Andre Ozcan,  this strategy along with the tax breaks are great initiatives taken by Portugal which place it right on track to be one of the most desired countries for crypto. He also went on to add that creation of blockchain-based business and other implementations the country is doing is something the other countries can learn from, especially France, where he is the co-founder of the France blockchain Federation. Principal consultant of VdA Legal partners, Helena Mendocca has stated that  ZLT will allow when and if necessary legal flexibility to conduct tests and researches related to digitization.  According to her, at least a mechanism would be a place where the regulatory authorities can check and keep an eye on the developments and tests and allow regal relaxation from their side if possible.

New and upcoming technologies like blockchain where lots of research and experimentation is required, could benefit a great deal from ZLT zones in Portugal. The country in the crypto department has come a long from where it was in 2013 when the Portuguese banks warned the people to stay away from the crypto world as there are no authorities keeping a check on it.