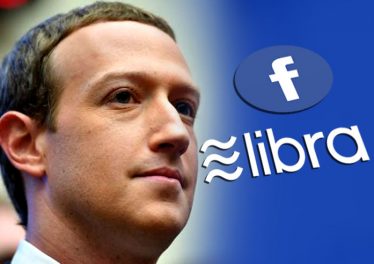 As part of a widespread rejection of Mark Zuckerberg’s stable coin Libra, supporters of decentralized digital currencies, as well as privacy advocates, join a long list of organizations and politicians, claiming that a digital currency run by the Facebook CEO totally lacks trust.

‘Why Libra Won’t Work’: What Many In The Crypto Community Think

Some advocates of ultra-private coins such as Monero as well as die-hard fans of the principles entrenched in Satoshi Nakamoto’s initial whitepaper claim that the idea of a Facebook coin, or a government-backed coin is too far removed from the raison d’etre of cryptocurrency.

The anonymous co-founder of AgoraDesk.com and localmonero — two businesses that work by providing a forum where private cryptocurrency buyers and sellers post their bids and offer in a peer-to-peer manner, argued that:

“Libra won’t work. A corporate-backed currency completely goes against the USP of cryptocurrency. The hint is in the fact it’s supposed to be ‘crypto’.

A government ledger used to track individual activity in a totalitarian manner, or a Facebook coin where delegates control the ledger and use the data to support their private interests is wrong.

The people who got Bitcoin to $10,000 and the people who understand the community, the culture and how the blockchain works won’t tolerate it. This is why Libra won’t work.”

A recent 13 country poll by the Official Monetary and Financial Institutions forum revealed that the trend towards rejecting Libra isn’t only a corporate trend or a community fad.

In fact, the poll finds that the idea of a digital currency owned by the largest social media company in the world lacked trust in wider society.

The results found that a global majority would not be confident in digital money issued by the biggest search engines and social media companies.

“People need to be able to trust the companies that handle their money and payments. Facebook is the most prominent company in a seemingly unending stream of corporate scandals involving the mishandling of people’s data, so it’s no surprise that people wouldn’t trust them to be a bank too.”

Nathan Williams also commented that the aim of the privacy of monetary exchange is “to protect individuals from large criminal organizations, overreaching government surveillance and rogue states. It is to protect individuals from a bigger threat.”, although he did recognize the legitimate risk of privacy coins enabling money laundering but contended that this problem is not solved by a Facebook coin.