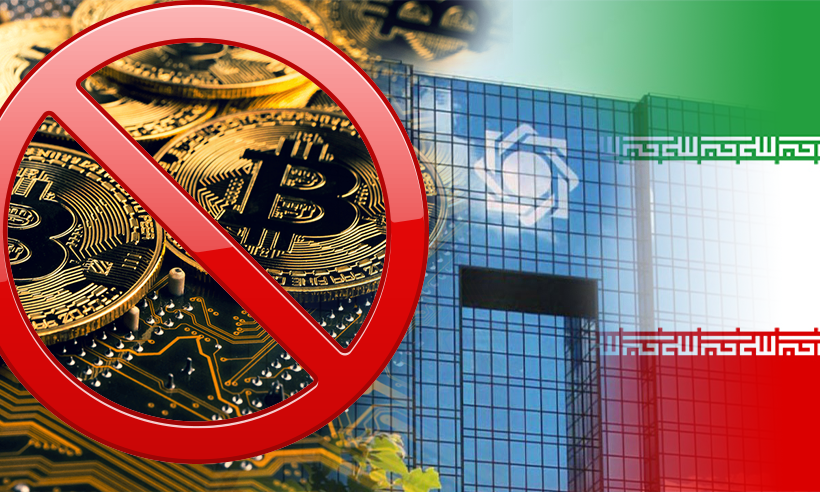 According to the report from Iran International, the Central Bank of Iran (CBI) has prohibited the trading of Bitcoin and other cryptocurrencies that are mined outside the country. The consequent idea behind the prohibition is to prevent the capital from moving outside the country.

The move can be seen as an act of formality, as Iran had already banned open trading of cryptocurrency. However, the move may also signal the intention of Iranian regulators to obverse the transfer of capital from the country.

Since oil and natural gas deposits in the nation make Bitcoin mining relatively cheaper than the rest of the world, the country is looking to regulate this in favor of itself. The energy-abundant country has legalized cryptocurrency mining in 2019. It is worth noting that trading in digital currencies is not legal in Iran.

Registered Miners Have to Sell their Earnings to the banks

Last October, the country announced the mandate that,

“Registered Bitcoin miners within Iran have to sell the mined tokens to CBI.”

This move permitted people an alternative way of paying for imports that bypass foreign currency restrictions.

“Exchange platforms can basically not operate. But instead of a blanket ban, it allows banks and forex offices to use Iranian crypto for international transfers.”

“I don’t think it will be enforced on an individual level,” she tweeted.

Iran is one of those few countries that are locked out of the international network for transferring money, SWIFT. Apart from Iran, others are Cuba, Syria, Sudan, North Korea, and the Crimea region in Ukraine.

“This just means that Iran wants to export Iranian produced coins more aggressively, encourage mining, and counter capital flight in the face of a depreciating Rial.”

According to the latest data, the Rial lost 80% of its value against the dollar in three years i.e; between January 2017 and January 2021. During this span of time, the value of the first digital currency has raised over 3,800%.