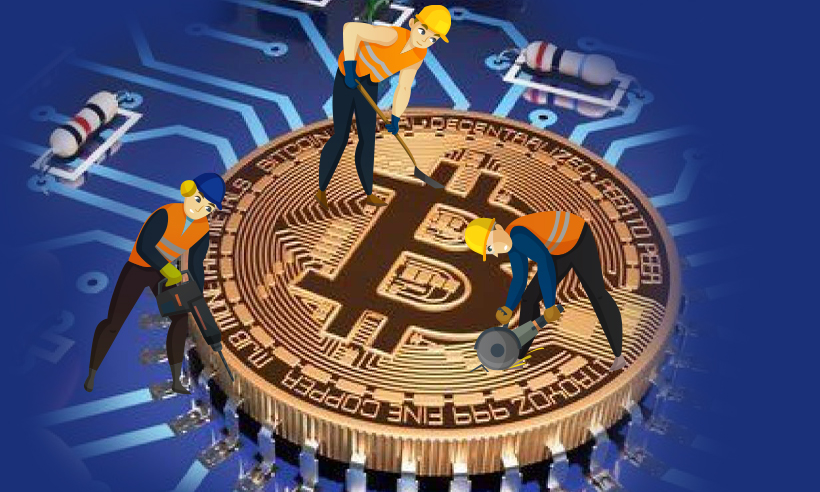 With the downfall of more than 13% in value of the world’s first digital currency called – Bitcoin, the BTC miners are planning to ‘hold’ the cryptocurrency this time. The largest cryptocurrency is currently trading at $47,864, with a market cap of $886,689,299,987. According to the data published by Glassnode, an on-chain market analysis platform, the significant price fall in the asset is responsible for the change in the opinion of BTC miners.

The investments made by tech giants like MicroStrategy, which recently purchased BTC worth $1 billion, and Elon Musk-owned Tesla which invested 1.5 billion in BTC, contributed significantly to the Bitcoin bull. The last week of February registers huge selling and a surge in BTC transactions.

Data registers BTC miners dumping their holdings significantly, especially in the last week of January 2021. BTC miners have reduced their BTC selling as the net position is positive for the first time in 2021.

BTC’s bullish behavior not only has encouraged investors to invest in digital assets but also created competition in the market of Bitcoin mining. Not to forget, China is a dominating force in the crypto-mining in the present situation. Bitcoin registered an all-time high of $58,000 in February amid growing interest from institutions.

Despite having energy-related challenges, the Bitcoin business is flourishing in China. According to recent data, the BTC miners of China have decided to accumulate BTC instead of selling in the loss. The slow and steady intensity of selling BTC is bringing a positive change in Bitcoin miner’s position, as per a report by a crypto analytic and research platform.

The crypto market lost more than $300 billion from the past week. A massive drop can be seen in the two largest crypto-currencies of the market. As of writing, the overall market cap of the crypto market stands at around $1.4 trillion.