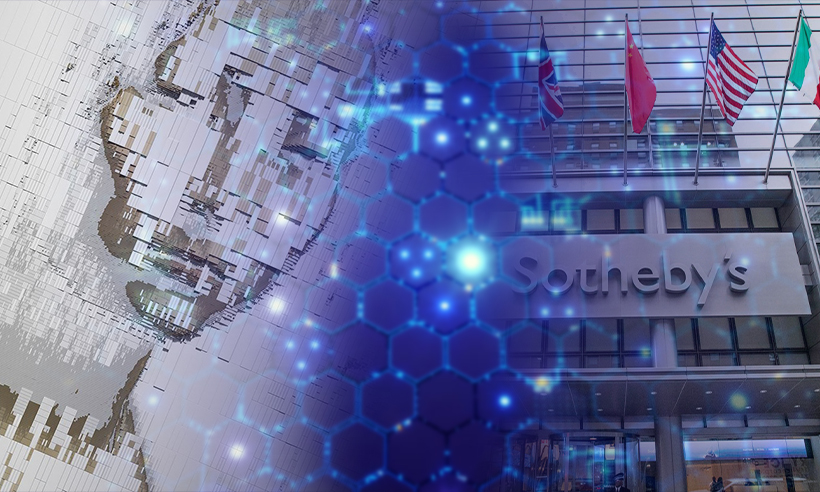 Sotheby’s was founded in 1744 and is well-known for selling multimillion-dollar paintings and other luxurious items.

The news was revealed during a CNBC interview with Sotherby’s CEO, Charles Stewart where he said:

“This is new for all of us. But there’s a lot here that’s really exciting and we think has staying power.”

The planned sale will feature popular anonymous digital artist Pak, which will take place next month.

"It's still very early with crypto art in general," says CEO Charles Stewart on #NFTs. "This has the potential to bypass a lot of the traditional gatekeepers." pic.twitter.com/D0F4pppkmT

Sotheby’s will sell several versions of the Pak NFTs including a one-of-one edition that’s limited to one copy and open editions that will allow multiple people to buy tokens of the same piece.

READ  NFT Trading Volume Risen Despite Crypto Crash, According to a Report

Stewart mentions in his CNBC interview that the decision to work with Pak is due to his history in the NFT space. Pak’s growing followers also include digital collectors with cryptocurrency backings.

For instance, by the end of last year, Pak became the first crypto artist to make over $1 million for his work.

The Sotheby’s CEO further said  “We’ve been following the NFT space for some time.”  adding:

“It’s one of the many new things about crypto art, in particular, that I think is different and potentially a bit disruptive, certainly when you compare it to the traditional art world.”

Stewart did not disclose further information about the partnership with Pak, including whether commissions will be paid in cryptocurrencies.

The announcement comes just after Christie’s sold at auction an NFT collage for $69 million last week. The creator of the artwork, Beeple, whose real name is Mike Winkelmann jumped up to be placed among the top three most valuable living artists.

.@beeple 's 'The First 5000 Days', the 1st purely digital NFT based artwork offered by a major auction house has sold for $69,346,250, positioning him among the top three most valuable living artists. Major Thanks to @beeple + @makersplaceco. More details to be released shortly