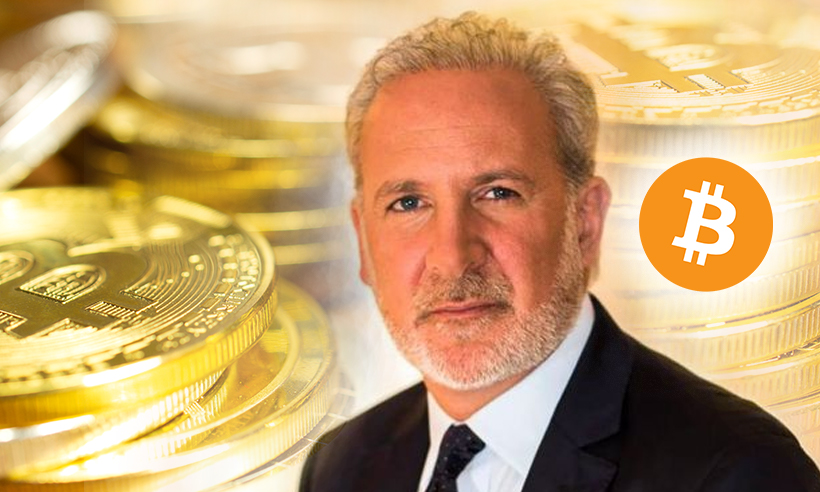 Bitcoin critic and gold bug Peter Schiff has revealed that his son, Spencer Schiff, has moved 100% of his portfolio into the leading cryptocurrency, Bitcoin. Schiff said his son sold the last of his silver stocks to raise the funds for Bitcoin while calling him “brainwashed.”

Peter Schiff’s son has moved all his portfolio investments into one single asset, Bitcoin. The 18-year-old Spencer Schiff doesn’t believe in his father’s understanding of money.

In response to Peter Schiff’s tweet, Anthony Pompliano, host of the Pomp Podcast, tweeted saying at least someone in Schiff’s family is growing their wealth this year.

Schiff responded to him saying he might need to “disinherit” his son to wasting his hard-earned money in Bitcoin. Schiff then went on to express concerns over the investment choices of the younger generation, saying:

“If my own son is this brainwashed imagine how vulnerable most kids are. He’s HODLing to infinity or bust.”

He added that the younger generation lacks the knowledge or experience to see through the Bitcoin hype, saying:

“The young generation likes bitcoin because most lack the knowledge or experience to see through the hype. When they get older they will prefer gold too, assuming bitcoin is even still around.”

Peter Schiff further expressed that he can’t bail Spencer, even if he loses money on bitcoin, adding:

“Can’t do that. He needs to suffer the consequences of his mistakes. That’s the only way to learn a lesson.”

He later admitted that Bitcoin could move above $100,000, but then it will eventually move to zero. According to him, gold is far more reliable as a store of value than the world’s leading cryptocurrency by market cap.