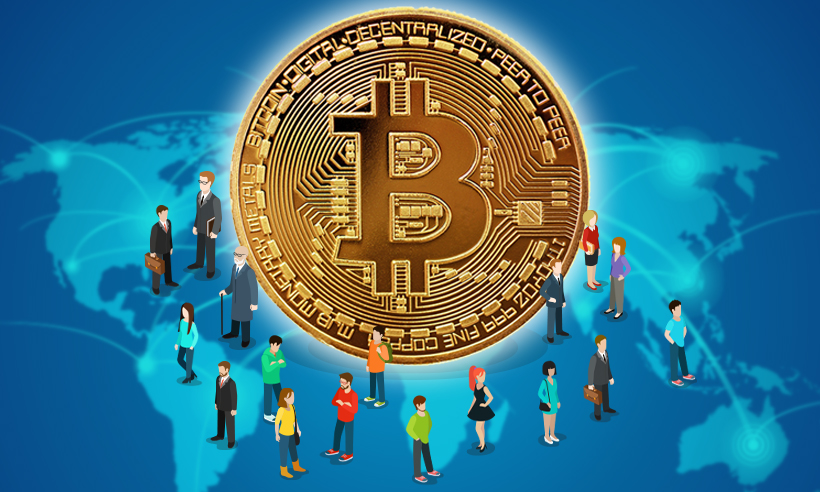 Bitcoin enters the top three world currencies by its market cap valuation and becomes the third-largest cryptocurrency. Talking about the global currencies, it ranks after USD and EUR and ahead of JPY and INR.

Since its inception in 2009, Bitcoin has seen its value mounting from practically nothing to over $60,000. In the recent past, the market capitalization of Bitcoin has skyrocketed to top $1 trillion, making it not only the largest crypto-asset on the market but also larger than most government fiat currencies.

The research note confirming the rank of Bitcoin is by Deutsche Bank. they said, “The Future of Payments: Series 2: Part 3: Bitcoins: Can The Tinkerbell Effect Become a Self-Fulfilling Prophecy?”

As Deutsche Bank Writes, “In terms of total currency in circulation, Bitcoin is the third-largest in the world, after the US dollar and euro. This is mainly due to the vast increase in Bitcoin’s value recently.

However, comparing fiat with Bitcoin isn’t exactly on the same basis. A comparison is in terms of how the circulating value is calculated. On one hand, it is at the world currency rankings on the basis of comparing its market capital while the value of total banknotes in circulation for the fiat currencies.

Undeniably, this is dependent on BTC’s current price which is highly volatile. As DB declares “ Bitcoin is here to stay and its value will remain volatile” in a subheading, that prompted many headlines this week.

Bitcoin is Third Largest In The World

There is another caveat: DB notes that “These conclusions would change dramatically if we looked at monetary base, or M1 or M2, to define the universe of USD in existence. Just the amount of cash/coins printed appears small, as it does not include all the assets held in USD in deposits at banks.”

According to DB, the total value of the US dollar is $2 trillion. Although, the US dollar USD is still by far the largest fiat currency by circulating supply and market value.