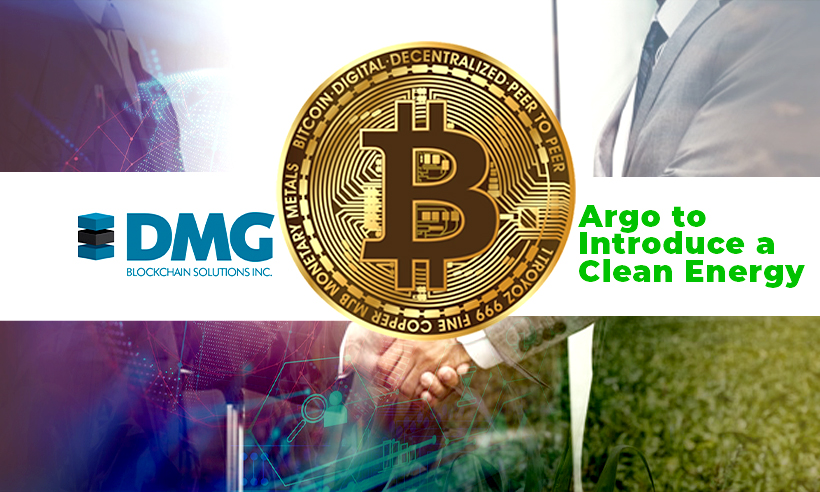 DMG Blockchain has recently revealed that it has entered a partnership with Argo Blockchain, a crypto asset mining business. The two companies have come down to a mutual decision of launching a BTC mining pool that will be targeted at grasping clean energy resources.

Argo Blockchain has recently revealed that they have signed an epistle of understanding with DMG Blockchain Solutions to launch a BTC mining pool powered by clean energy. The establishment of Terra Pool is intended through this Memorandum of Understanding.

Describing the procedure, the goal of the new BTC mining pool will be to utilize clean energy resources and will be combining the hash rates of both DMG and Argo that uses hydroelectric power.

In recent times, it has been observed that bitcoin mining and proof-of-work mining consumes a lot of electrical energy and is not at all environment-friendly. Terra Pool will facilitate the mining climate by targeting clean energy resources.

Dan Reitzik, the CEO of DMG, released a statement that read:

“DMG’s increased innovative strength and continued focus on eco-friendly bitcoin mining have the opportunity to drive transformations in how the bitcoin mining community acts towards a climate-conscious future.”

More About the BTC Mining Pool

The two firms also revealed that the new BTC mining pool along with being eco-friendly will be working with other members of the mining industry if the operations accelerate the shift from electrical power to clean energy.

As witnessed in the last decade, BTC miners have been utilizing both renewable and extra energy sources such as natural gas, solar energy, wind energy, and hydropower. In recent years, coproduction concepts have been developed by grasping the surplus heat mining rigs release during the procedure.

“We are hopeful other companies within the bitcoin mining industry follow in our footsteps to demonstrate broader climate consciousness.”