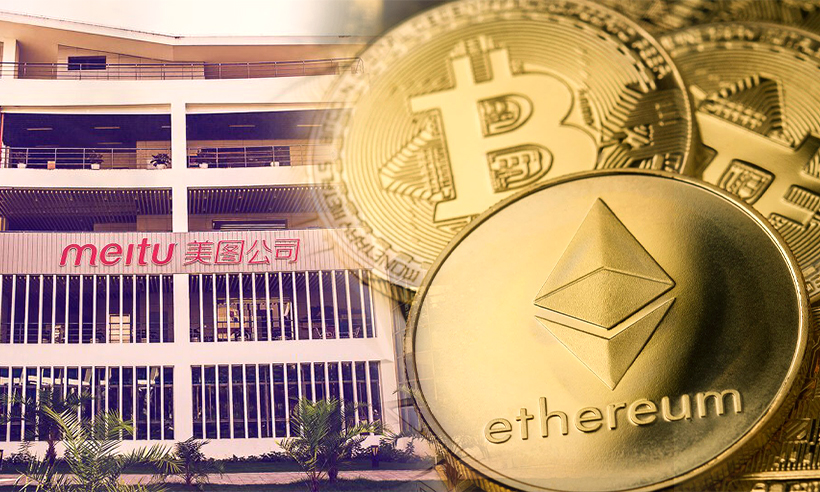 Chinese smartphone company Meitu announces one more crypto investment. The company has splashed out $10 million on cryptocurrency. The total sum of investment now calculates $100 million. The image editing and software company attended to invest in the two major digital currencies of the crypto space, as it believes that Bitcoin and Ethereum will be a cash alternative soon.

It is not the first time that the publicly listed company is dumping millions into the crypto-space.  Meitu has plunged millions in digital assets as an insurance policy to depreciate fiat money before. Founded in 2008, the publicly listed company Meitu now holds $100 million worth of Bitcoin and Ethereum as their “cryptocurrency investment plan.” The Chinese cell phone company adds 175 Bitcoin to their account from the latest purchase.

Snapping up $22 million on Ethereum and $17.9 million on Bitcoin at the beginning of the month, this additional amount of $28.4 and $21.6 million investment in Ethereum and Bitcoin respectively, bring its investment up to $90 million. The purchase takes place a couple of weeks after the announcement.

The document by Meitu which reads the future goal of the company declares that according to the “cryptocurrency investment plan,” a $100 million digital asset investment was always been in the target list of the company.

“The Board takes the view that blockchain technology has the potential to disrupt both existing financial and technology industries, similar to how mobile internet has disrupted the PC internet and many other offline industries.”

Digital Currency Will Work as a Substitute to Cash

Meitu agreed that the investment in cryptocurrencies “has ample room for appreciation in value.” And the digital coins would serve as an auxiliary value to the cash.

In addition to this, Coinbase announced that “last month that it had custody of the investments.” This means Meitu chose Coinbase to take care of assets, buy and store data.

Crypto whales MicroStrategy have also used the exchange to handle their big crypto buys before. The electric car manufacturer Tesla has purchased $1.5 billion worth of Bitcoin in the second month of the year.