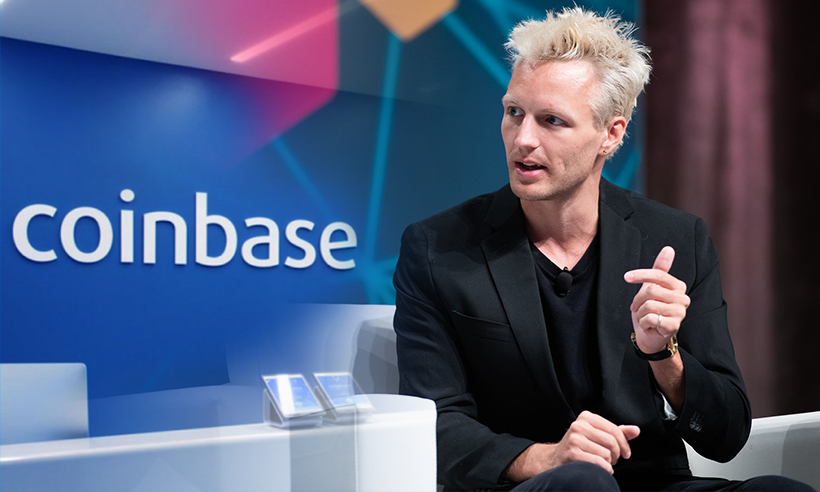 The first hire at the Coinbase cryptocurrency exchange, Olaf Carlson-Wee has recently stated that the shares of the exchange would be worth more today if the company had chosen to go public via crypto tokens. As witnessed already, the Coinbase stock has been declining since the day it was listed on NASDAQ on April 14.

Olaf Carlson-Wee suggested that the cryptocurrency exchange company would be worth a lot more if instead of going public through the stock exchange, it had chosen a crypto-native way.

He said addressing the possible expectations from the Coinbase exchange:

“I think that if Coinbase would have gone public on Coinbase, [it] would be valued at over double what it is.”

But, we all are aware of the fact that the crypto exchange chose to go public with a direct listing on NASDAQ on April 14.

The now Founder and CEO of Polychain Capital, a crypto venture capital firm, Carlson-Wee, intricate recently in the Ethereal Virtual Summit of this year regarding the listing and decline in the share price of the exchange.

If the cryptocurrency exchange had chosen to go public through crypto tokens, the shares of the company would be represented as ERC-20 tokens, which would be allowed for trading in the wild yet wonderful world of Defi.

However, that didn’t happen and the crypto exchange chose the option of direct listing on NASDAQ instead of an IPO.

Well, the major difference between an IPO and a direct listing is that the direct listings are less unwieldy than IPs and they require comparatively less paperwork. In addition to this, they are also cheaper.

Coinbase, instead of an IPO, offered up 115 million already-existing shares.

At the launch of the exchange, it was rumored to be worth around $100 billion and its shares were available to trade for $375 each.