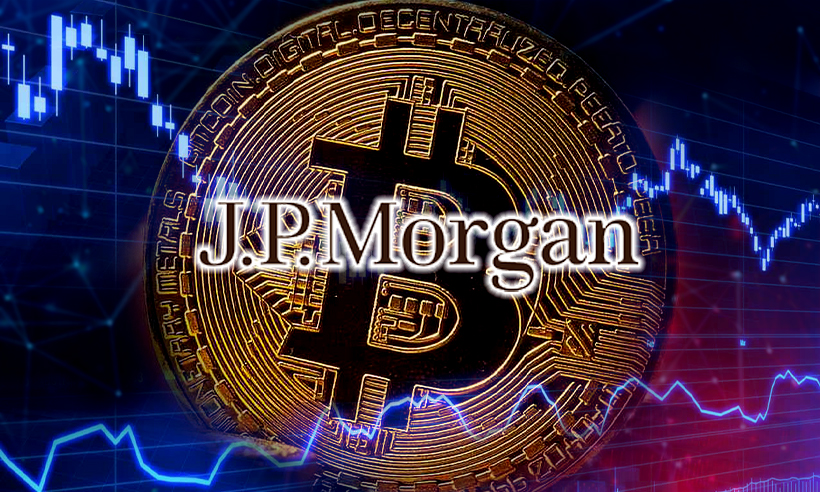 JPMorgan Forecasts About Bitcoin as Crypto Market Scales Up

As the crypto market surges to a steeper mark of $2 trillion, JPMorgan has weighed in about the fate of Bitcoin as a digital asset. Statistics are proof that it soars around 500% in the bull run amid this year.

Surpassing heights of over $60,000 per BTC, the coin before falling back has signaled its momentum last month. Meanwhile, the broader cryptocurrency market has arrived at almost $2 trillion

According to the analysts, the crypto-market at boost is the result of DeFi tokens. Wall Street banking giant and former Bitcoin skeptic JPMorgan said “Bitcoin could climb as high as $130,000 in the long-term if it continues to see its volatility converge with that of gold.”

The Bitcoin price has soared over the last six months, climbing to around $60,000 per piece.

JPMorgan analysts led by Nikolaos Panigirtzoglou wrote in a note to clients this week.

“Considering how big the financial investment into gold is, any such crowding out of gold as an ‘alternative’ currency implies big upside for bitcoin over the long term.”

According to banks, the six-month measure of BTC volatility appeared to be stabilizing around the 73% mark. This suggests “tentative signs of bitcoin volatility normalization” that could help to “reinvigorate” interest from institutional investors.

High volatility “acts as a headwind towards further institutional adoption,” according to JPMorgan.

The price of BTC takes flight as the institutional investors including London-based Asset Manager Ruffer and insurance giant MassMutual have bought into the digital gold. Elon Musk’s Tesla is no way behind topping off a series of high-profile BTC bets.

The BTC price has climbed from around $10,000 per BTC to around $60,000 as a result, but JPMorgan thinks it could still have some way to run.

JP Morgan Analyst wrote “Mechanically, the bitcoin price would have to rise [to] $130,000, to match the total private sector investment in gold.”