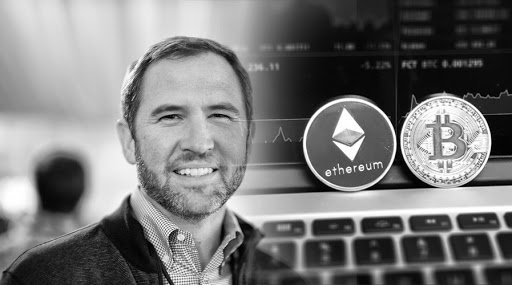 Some leading crypto personalities were found criticizing Ripple CEO, Brad Garlinghouse after he made false claims about Ethereum and Bitcoin in an interview with CNN.

The CEO of Ripple noted that blockchain and cryptocurrency would be providing plenty of services, and there would not be a single winner. As stated by him, different platforms and assets would serve different users.

Ripple’s CEO Speaks From The Past

Some prominent crypto personalities were slightly disappointed with Garlinghouse, as he was spreading false information. One such figure was Financial and Crypto Analyst, Mati Greenspan. He noted,

“Yes. Well, shame on Garlinghouse then. Did not take @bgarlinghouse for a bold-faced lier. Also, he cited that the dominance of hashing power was near 68%, rather than 80%, and it was ‘disingenuous’ to assume that the top four miners and mining pool were the same things.”

Three years before, the claims would have proven to be valid. Adamant Capital founder and leading on-chain analyst noted that they were past that point for the dominance to have a harmful effect on Bitcoin. He tweeted,

Furthermore, Demeester also argued against the terror of the nationalization of mining in China. Even with 60% control on mining, China should be able to perform a 51% attack on Bitcoin effectively. However, Demeester noted,

Moreover, some latest reports have disclosed the number of miners in Canada and America was increasing. Grayscale Investments founder, Barry Silbert noted that what he had observed recently, seemingly more than the past three to six months, was a real increasing change toward efforts to move a lot of that activity outside of China into specifically the Canada and U.S.