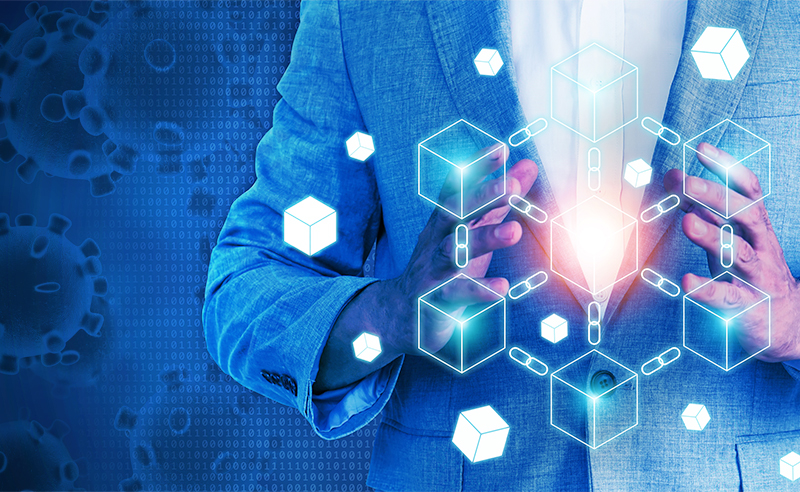 Decoding the Efforts Of Blockchain To Combat Corona

Coronavirus or COVID-19 was somewhere hidden in the rare books read by the medical students or professionals only! But since the report of the first case came from Wuhan district of China in December 2019, every person either young or old; literate or illiterate know quite well about this dreadful virus. Movies like Outbreak, Contagion and Virus which were just the science friction turned into documentaries in the present times. Many technologies are coming up to normalize the condition along with blockchain to combat corona. So lets decode the mystery of artificial intellegence, blockchain and coronavirus in this blog.

Presently, the scale and speed with which the infected cases are increasing are beyond the imagination. Governments of more than 190 countries are finding difficulty to cope up with the terrible effects of the pandemic virus. Along with treating the total infected cases, economic consequences are also challenging to cure.

The stock market is falling like never before, which even compelled the US Stock Exchange to halt for 45 minutes. Prices of oil fell to the record low. Some of the reputed companies disclosed about their massive losses like Air France -KLM who lost $200 million; Kia Motors of South Korea who shut down all manufacturing plants; the most popular mobile company Apple announced the suspension of services in China and New York disclosed that almost $1 million is being spent per day to fight with corona.

Governments all over the world are dealing in their best ways to fight with COVID-19. As the virus has been declared a pandemic by WHO, it calls for the warriors of the tech industry to reverse the situation to normal. The active engagement of latest technologies like Blockchain and Artificial Intelligence has the potential to reduce and fight with the present situation more effectively. In a whitepaper published by Deollite, it mentioned that blockchain could power health information exchange with its distributed ledger concept. It further explained that technology could facilitate interoperability and reduce the cost of intermediaries involved.

The peer-to-peer technology had already done a great job to combat the effects of the infamous Corona since January 2020. But still it is not clear how blockchain helps to combat corona!! Some of the following cases evidently applause the efforts of blockchain to combat corona:

In the present situation, almost every country has been affected, crashing nearly every sector of the industry. On the contrary blockchain technology is gaining traction, especially in the health sector all across the world. Many healthcare startups based on blockchain platforms like Guardtime ( secure health records of patients), Gem Health (promotes blockchain collaboration in health care), Blockchain Health (for medical research management) etc. are effectively working to safeguard the people from the current situation. As per the University of Hong Kong, Blockchain to combat corona is the innovative technology which must be deployed by every country.

Lets Chain The Corona With Blockchain

It can be concluded, blockchain is not only associated with digital currency, but it has found its application in various sectors like that in the health sector. To harness the blockchain technology altogether, efforts must be taken in every possible industry which can reduce the effects of the coronavirus. This is how blockchain helps to combat corona!!!

READ  What Will Be Bitcoin's Value After Corona Threat Is Over?

Improvements in supply chain management, products and vaccine verification, tracking of donations, and insurance processing can support the global community fighting against the viral infection, making blockchain technology an essential addition in the upcoming years.