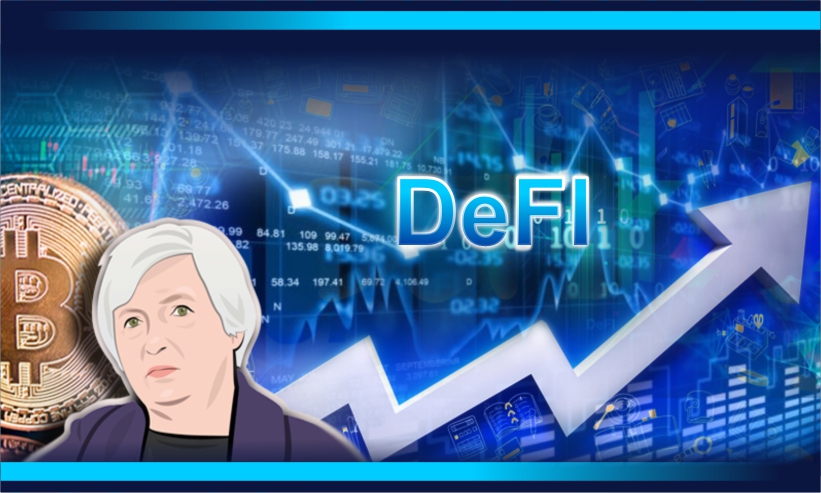 2020 was the year for the crypto and the DeFi industry. With decentralized finance getting more exposure and Bitcoin breaking multiple ATH records, the crypto and blockchain industry got the attention of some powerful minds and major institutional investors. And one among them is Janet Yellen, an American economist, and the US Treasury Secretary. She stated that cryptocurrencies have the “potential” to revolutionize the financial system. After her statement, the DeFi industry started to boom like never before. Today, the total value locked in the DeFi space is $38.62 billion. 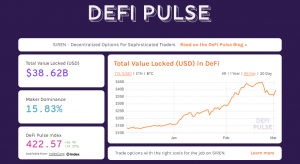 Janet Yellen Promotes the Use of Digital Assets for Legal Purposes

During her Senate confirmation hearing on January 19, 2021, Janet Yellen said:

“Cryptocurrencies are of particular concern when it comes to facilitating crime, including terrorist activity.”This statement aroused several concerns in the crypto industry. But later Janet Yellen clarified her statement with a written testimony saying:

“I think it is important we consider the benefits of cryptocurrencies and other digital assets, and the potential they have to improve the efficiency of the financial system.”

Considering the importance of the crypto and the DeFi market, she further emphasizes the need to encourage the use of digital currencies for legitimate activities and prevent their use for illegal activities at the same time.

After her comment, the DeFi and the crypto industries attracted more investors from all around the globe. Importantly, it encouraged institutional giants like Grayscale to dive deeper into the DeFi world by launching new crypto trusts.

In a press release that came out in the last week of February, the issuer of significant exchange-traded products Grayscale Investments announced a list of new assets under consideration. Notably, 8 out of 23 came from Ethereum’s DeFi ecosystem.

Therefore, if you are looking for some exposure to the decentralized world, then Grayscale will probably lead you there. Grayscale CEO Michael Sonnenshein said:

“We’re eager to expand our product offerings to better serve our investors. The digital currency universe is constantly evolving and we seek to identify bold, interesting, and innovative opportunities that satisfy our investors’ demand for differentiated exposure to this burgeoning asset class.”

Grayscale’s products are preferred by large buyers looking for crypto exposure via traditional investment rails. The announcement also mentioned that few inspections such as “sufficiently secure custody arrangements and regulatory considerations” will be the major factors in deciding which assets will go to market as exchange-tradable products.

Grayscale is just the tip of the iceberg when we talk about investments in the crypto space. The list goes quite long with other major players like JPMorgan, MicroStrategy, BlackRock, Tesla, Mass Mutual, SkyBridge Capital, etc.

Tesla recently announced that it has bought $1.5 billion worth of bitcoin. Apart from this, the company also announced that it would soon start accepting Bitcoin as a payment method. Tesla and SpaceX’s CEO Elon Musk never fails to show his support for Bitcoin and is highly credited for raising the price of several cryptocurrencies like Dogecoin and Marscoin. In the past, we have seen several instances where his one tweet turned tables in the DeFi world.

Also, MicroStrategy recently announced an additional Bitcoin purchase worth $1.026 billion. The business intelligence company paid an average price of $52,765 per bitcoin, which includes the fees and other expenses. In the announcement made from the company’s side, it was mentioned,

“The company now holds over 90,000 bitcoins, reaffirming our belief that bitcoin, as the world’s most widely-adopted cryptocurrency, can serve as a dependable store of value. We will continue to pursue our strategy of acquiring bitcoin with excess cash and we may from time to time, subject to market conditions, issue debt or equity securities in capital raising transactions with the objective of using the proceeds to purchase additional bitcoin.”

Having said about the above statements and investments, one thing we can conclude that this is just the beginning. As powerful and influential people like Janet Yellen, Bill Gates, Elon Musk, and Jack Dorsey continue to uplift and praise the crypto space, it makes people more interested to invest in cryptocurrencies.

When we discuss the DeFi and the crypto space today, one thing we can assure that the time has come for both to become mainstream markets. From institutional investors to retail investors, support for the crypto space has only increased over the past few years. Gone are the days when people were scared away from something decentralized. Gone are the times when we used to think about a mysterious man behind a computer after hearing the word Bitcoin. Today, the crypto space has a global market cap of more than $1 trillion, with Bitcoin dominating 60% of it. This clearly states the amount of trust the world of digital assets has been able to build among the people over the years. And when the investments in the market are making headlines almost every day, the DeFi world is on a highway that only follows an upward trajectory.