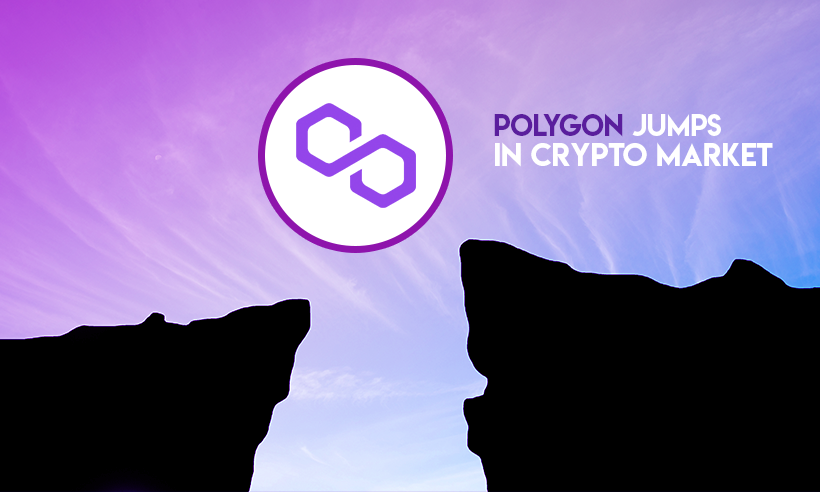 The native token of Polygon Network – MATIC, seems to gain a wide-ranging rally in the crypto market. On Monday, a rise by 40% is there in the past 24 hours, making it rise above $0.50 after approximately seven weeks.

The rise can be observed as a consequence of investor’s interest in layer 2 scaling solutions amid continued stress on Ethereum’s network. From the statistics, Polygon has made a 10x rise in the total number of transactions performed on the platform.

Polygon Significant Hike in the Market

A tool to provide professional-grade data and research analytics to its best, Messari shows a hike of approximately 40% in the value of MATIC. The hit is high in the past 6.5 weeks for a 25 fold gain on a yearly basis.

Following the early February announcement that the Matic Network would rebrand to Polygon as part of its effort to become the go-to layer-two aggregator for the Ethereum network, the protocol has seen a significant increase in user and project adoption.

Having a market capitalization of more than $2.5 billion, MATIC rose about 5% in price last week. Undeniably the surge is followed by Biden’s proposed capital gains tax hikes. Which if passed, the measure could dampen demand for risker investments.

Alex Svanevik, CEO of blockchain data company Nansen says, “Polygon has seen 10x rise in the number of transactions since the start of the year,” Svanevik said. “That’s a significant increase.”

In recent time Polygon has won a significant increase in adoption. Integration has been announced with layer 2 scaling solutions in a bid to bypass high fees and congestion on the Ethereum’s network by top names from the world of decentralized finance (DeFi). These high gas fees and congestion in the network prompt the demand for alternate smart contract blockchain networks. Taking the example of Binance Smart Chain (BSC) that provides faster and cheaper transactions using later 2 side chains have similar scaling projects like a polygon.

“Looking ahead, it’s not just Polygon that will continue to attract new capital, but so will decentralized exchanges such as QuickSwap.”