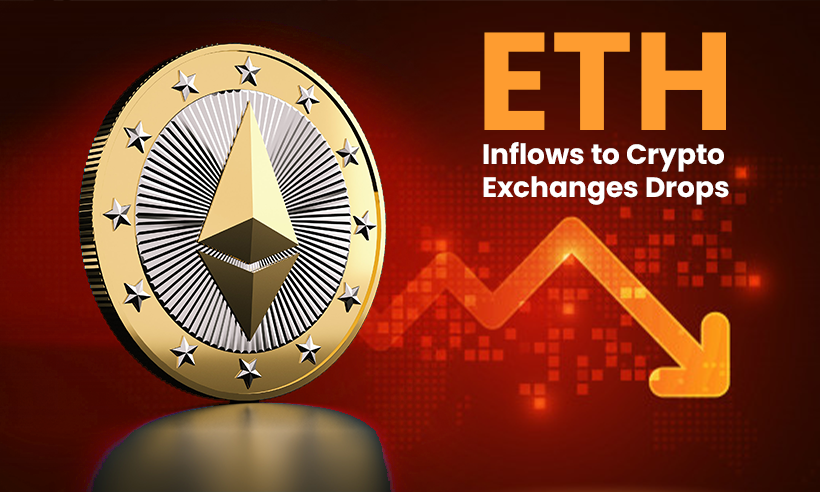 As the price of Ethereum has reached a new all-time high of $3,500, inflows of Ethereum (ETH) to cryptocurrency exchanges have declined by 44.2% in the past 24 hours, along with ETH miner income.

Inflows of Ether to Crypto Exchanges Drops by 44.2%

Notable crypto-journalist Colin Wu has reported that as Ethereum has exceeded a new all-time high of $3,500, while the inflows of Ether to crypto exchanges have declined by 44.2% in the past 24 hours alone.

Since May 1, the second-largest cryptocurrency has closed with several consecutive green candles and has surged approximately by 15%.

Additionally, Ethereum has also attracted large institutional inflows with inflows of nearly $34 million during the 3rd week of April 2021.

Data from Etherescan indicates that more than 4.1 million ETH worth over $12 billion has been staked under the deposit contract of ETH 2.0.

Ethereum last touched an all-time high of $3,100 on 3 May with its market cap jumping above $350 billion after a huge rally driven by retail and institutional investors.

The cryptocurrency saw a remarkable rally in 2021 while gaining by nearly 300% within the last 4 months, compared to a jump of 100% in the world’s largest leading cryptocurrency Bitcoin.

Citing Glassnode from data, Colin Wu says that in the past 24 hours, inflows of Ethereum to crypto exchanges have dropped down to 44.2%. Miner income from ETH fees has also dropped and hit a new low since December by 27%

Ethereum exceeded $3,000, but ETH miner fee income hit a new low since December 2020. This may be related to the recent optimization of the MEV mechanism and the shift of traffic to BSC, resulting in a decrease in GAS. Miners’ weekly income dropped by 27%. pic.twitter.com/KnS4ciQc4K

Wu believes this may be due to the way MEV mechanisms (Miner Extractable Value) on ETH have been optimized. Another reason for this is likely the massive shift of user traffic from Ethereum to Binance Smart Chain that has resulted in the decrease in Ethereum gas fees.