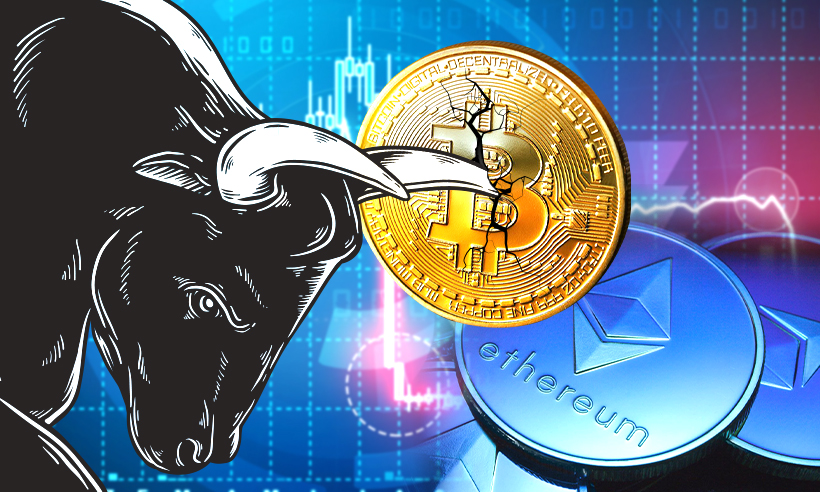 Ethereum Set for a Bull Run and Will Crash Bitcoin: Lark Davis

Popular cryptocurrency analyst Lark Davis in a recent update hinted at a possible 500% surge for the price of Ethereum and that the cryptocurrency will eventually crash Bitcoin.

On May 23, cryptocurrency analyst Lark Davis uploaded a YouTube video saying that the second-largest cryptocurrency by market cap, Ethereum has the potential to surge by 500%.

Not only that, David went even far ahead to say that the digital asset will also crash Bitcoin.

According to him, Ethereum’s recent price correction was only for the short term, adding the cryptocurrency will be back to its bullish momentum given the ecosystem’s growing popularity in decentralized finance and Non-Fungible Tokens (NFT).

READ  Does the Bitcoin Defense as a Store of Value Weaken with the Coin’s Volatility?

For instance, the total value locked in smart contracts in the last 12 months is up by over 9,000% while the smart contract growth is currently pegged at over 1,300% over the same period. At the same time, growth in DeFi exchange volume has seen a surge of more than 8,500%.

Davis points that the total value being settled on-chain by Ethereum is 46.377 billion, up from 30 billion per day which is far more than the 14 billion per day recorded by Bitcoin.

Currently, Ether is used mostly as an investment asset and once users start getting involved in all the exciting developments, the price will certainly rise by a considerable margin, says Davis. In that manner, Bitcoin is just used for trade and as a store of value, according to him.

The analyst points out that Ethereum currently has a market cap of $334 billion which can go as high as $2 trillion to close in on Apple.

Like all digital currencies, the Ethereum prices crashed last week as investors continued to worry about inflation in the United States and stringent regulations in China.  The cryptocurrency fell to its lowest level since March 29 and started to retrace once gain back as investors rushed to buy the dip.

This growth has been mostly fueled by the strong performance of the Decentralized Finance (DeFi) industry with the total value locked jumping from less than $55 billion on 24th May to $63 billion on 27th May.