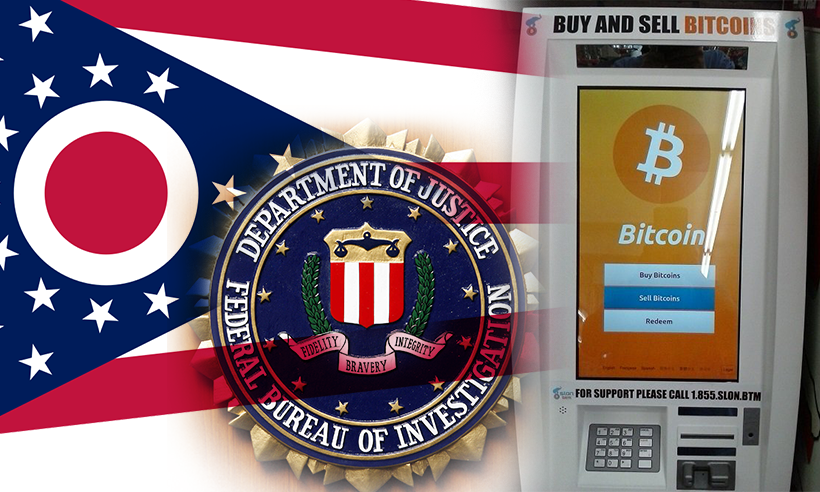 The Department of Consumer Affairs of Ohio County has joined forces with the FBI to mark signals around Bitcoin ATMs. The Criminals tricking victims into sending Bitcoin payments via Bitcoin ATMs have now attracted the attention of the Federal system of the United States.

The move will warn people about possible Bitcoin fraud, for example, submission of Bitcoin for an IRS payment, law enforcement investigation, and utility bills.

When asked about the plans to counter the crime encouraged through the Bitcoin ATMs, Vicki Anderson-Gregg, Special Agent for the Cleveland Division of the FBI stated:

“We have a very active financial crimes unit in Cleveland.” “We joined a partnership with the County Scam Squad to put out this alert,” she added.

According to the Bitcoin ATM tracking website CoinATMRadar, there is a total of 212 Bitcoin ATMs in Cleveland, Ohio. However, the exact number of crimes that have taken place to date is not clear yet.

According to a special agent:

“It is really difficult to capture numbers in regards to these types of scams because people are embarrassed that they fell for it and don’t report it. We think it is much more significant than actually reported.”

Anderson-Gregg Solution to the Matter

Local reporting in one instance shared that “scammer pretended to be a victim’s son in need of bail money to pressure the victim into sending $9,000 in Bitcoin. But an observant clerk halted the situation before a transaction could take place.”

Anderson-Gregg said, “We really want to get the word out so that people are not victims — it is extremely difficult, pretty much impossible, to retrieve the money once they have sent it.” “Similar scams are grouped together and disseminated to the appropriate field office if it meets our threshold,” added Anderson-Gregg.