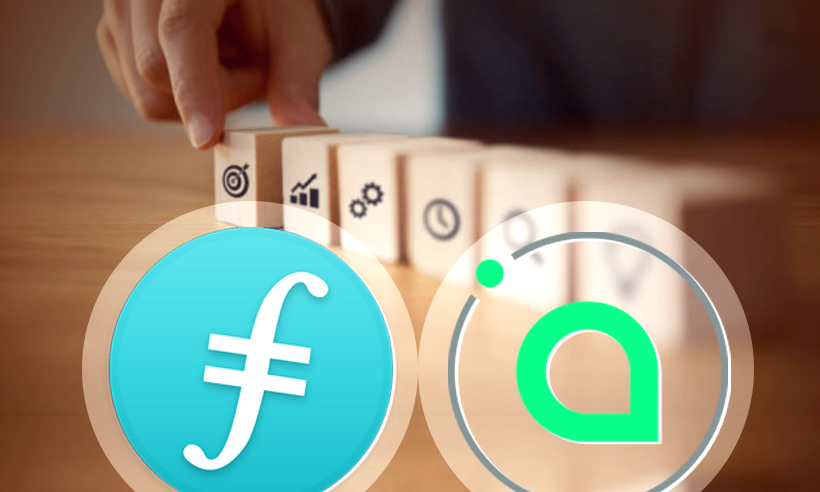 Both Filecoin and Sia are aiming to provide an open-source and low-cost solution to cloud storage. Both the networks have their own separate blockchains, however, their mechanisms are a little different from each other. Both platforms are fueled by their respective tokens used to incentivize the network to cultivate participation, engagement, and more importantly security.

It’s such a quirky little coincidence that both Protocol Labs and Nebulous Inc. were established in 2014. Aiming for similar goals, launching similar products on their own blockchains. However, the timeline for the product launch is contradictory. Protocol labs started with creating their file-sharing system, IPFS, back in 2015, and in the same year, cloud storage solution, Sia was launched.

Juan benet, however, took his sweet time creating and polishing Filecoin, dropping ICO in 2017 and then launching its mainnet in October 2020. The launch itself created a frenzy mainly over the economic model for miners incentives. The complex design of Filecoin’s network offers the extra mile for data security which Siacoin lacks.

But to Sia’s advantage, Skynet has an easier user interface than Filecoin. Skynet offers a platform for further development of webpages and apps. The network is extremely cost-effective and more importantly provides control over content to the user.

Journey with Filecoin and Sia

Sia was launched in 2015, offering a great alternative to cloud storage. The prime idea was to connect those in need of storage to multiple storage providers. The realization of the fact that there are a lot of people with unused storage just lying useless, led to Sia. the service is run through storage contracts formed between the two parties which are stored on being Sia’s blockchain. The client needs to just upload their data and the time duration and the network handles the rest.

Hosts on Sia networks are required to put in proof of storage to prove that they are still hosting the data. It’s only after the completion of the contract time duration that the coins are released.

The storage contracts can be changed for instance, if the client wants to extend the duration for storage need. Currently, Sia ranks 80 on CoinMarketCap.com with a market cap of over $100 million. Sia’s recently launch Skynet is described as the storage foundation for free internet.

Skynet is really a file-sharing platform that hopes to provide a better solution than the current version of the web. The network supports all types of files and can handle the larger ones too. The aim is to create a cost-effective, more efficient, and user-controlled data-sharing platform.

Filecoin is an open-source solution for cloud storage, built on the Protocol labs’ IPFS ( interplanetary file system). One of the biggest perks and distinguishing features of Filecoin’s design is because of IPFS by Juan Benet, CEO of Filecoin.

“The nodes can continue to talk to each other even if the rest of the networks disappears.”

Filecoin’s ICO raised over a whopping $250 million, the highest recorded in the history of ICOs.  The architecture of Filecoin is a bit more complex than that of Sia’s. The concept was inspired and is famously related to that of Bittorent. Filecoin came up with two new kinds of proof – proof of replication and proof of spacetime, which basically ensures and verifies that the content has been stored independently. Both the new proofs directly contribute to guarantee that the miners have stored the data they committed to storing.

Furthermore, miners can also participate in creating new blocks for the underlying blockchain. Miners’ influence on the next block is proportional to the amount of their storage currently in use in the network. For additional insurance and this is no new news in the case of Filecoin, that the new economic model of the network requires the miners to pledge FIL tokens as collateral and 75% of the earned funds are released linearly in a 180 days time frame.

Filecoin’s network is completely dependent on two markets – the storage market and retrieval market. Prices are set by the miners in the network and the clients. Clients spend tokens to request storage and miners earn by them storing and serving data. However, only time can tell how much participation the network will bring.

The vision and concept of both enterprises – Nebulous Inc. and Protocol Labs are heavily focused on one common goal that is to create better data sharing and storage solutions. Decentralization is one big player in the process to achieve this goal. Moreover, the projects can be found to more cost-effective and seem to focus on building a secure and efficient work mechanism.

The question that pops to mind is what was more advantageous. Protocol lab’s decision to build Filecoin over IPFS creates a complex but far more clearer structure and efficient consensus system to the network. And it has proved effective given the amount raised, volume, and FIL token, which currently ranks 25 according to CoinMarketCap.

Or, is it Skynet that will give protocol lab run for its money with its user-friendly interface and luxury to use fiat currency for sponsoring content on its network?

It would be a shame not to highlight the fact that decentralized platforms and applications like these are yet another groundbreaking step towards DeFi. Networks like Filecoin, Sia, and other projects build on blockchain offer more than just services and solutions but opportunities for people to participate as a living and breathing block providing transparency, consensus, security to the network as well as its users.