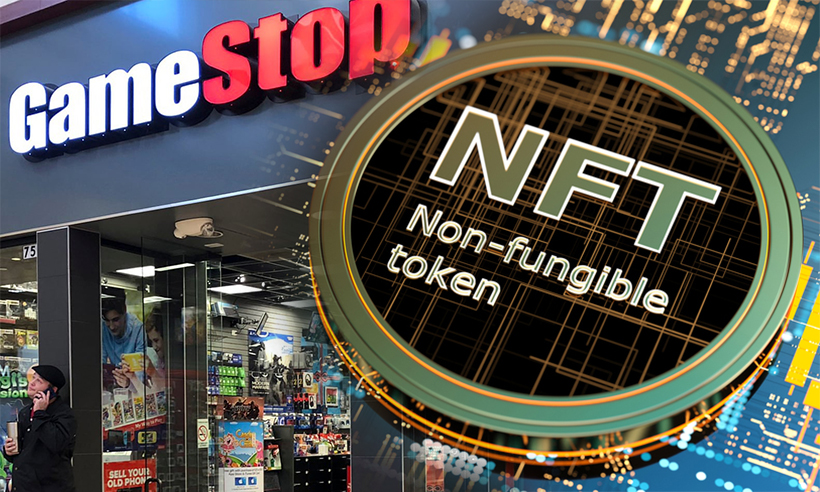 GameStop Announces the Launch of a New Platform for NFTs

On Tuesday, GameStop quietly announced that it was working on developing a platform for NFTs. The company teased the new venture by launching a website devoted to the blockchain asset.

GameStop Working on a Platform Exclusively Meant for NFTs

The release, dubbed “Change the Game,” featured a gaming cartridge that slips into a portable gaming console similar to a GameBoy. “All power to the athletes. Creators should be praised. All power to the collectors” reads a message on the screen.

A demand for “exceptional engineers (solidity, react, python), programmers, players, advertisers, and community leaders” is included with the announcement. Individuals interested in participating in the upcoming NFT project should contact the organization via email.

What Is The Objective Behind This Project?

The project’s precise reach is unknown, but a connection to an Ethereum address prominently displayed on the page indicates that GameStop’s team will use Ethereum as a technology foundation.

The smart contract code declares “Game On Anon” and connects to GameStop’s NFT website, indicating that any NFTs published by GameStop would adhere to Ethereum’s ERC721 specification. The code also refers to a specific token, GME. According to Etherscan, the firm also seems to have recently produced its own GME token.

Check Out Jobs At GameStop

Observant users on Reddit discovered a GameStop work posting from earlier this month calling for an analyst with expertise in “blockchain, Bitcoin, or non-fungible tokens” to enter their Grapevine, Texas, headquarters.

What Price Will GME Go To?

As of Tuesday afternoon, GameStop’s stock price was up 16% to $214 per share, the highest level since March. Concurrent gains were seen in other prominent meme stocks, such as AMC Entertainment.