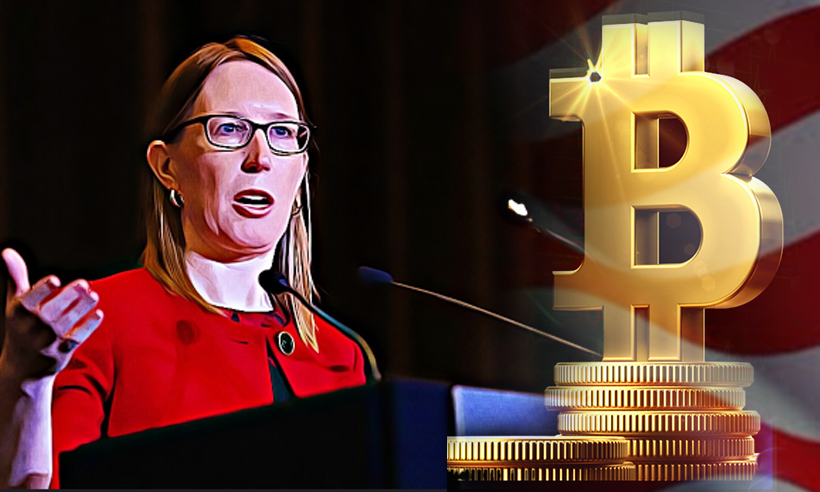 SEC Commissioner, Hester Pierce is optimistic about better days for the U.S crypto industry are on the horizon. And with the recent 14-10 votes in favor of Gary Gensler’s nomination by the Senate Banking Committee to be forwarded for the choice of SEC chairman. It is likely this would bring about a positive change that will offer better clarity on the State’s legislative approach for the cryptocurrency industry.

Hester Pierce has recently stated in a podcast interview about the regulatory mechanisms with respect to the asset class and crypto investors by saying, “I think we have missed the boat a bit on crypto. And I think a big piece of that comes from the failure to provide clarity in our rules.”

Despite the current notion that crypto cannot be fully dissociated from lawlessness and the inclination to outsmart government agencies. Peirce observed that her own experience has been different as the industry participants were eager to comply with the law, which has otherwise proved difficult due to lack of clarity. She said:

READ  Would Defi Turn Out To Be Another ICO Like Scam?

“Am I optimistic that we’re going to finally get to the point where we do provide more clarity? I think we have a good chance. We’re likely about to get a new chairman, Gary Gensler, who had his hearing in front of the Senate. That’s one step in the process. Then he has to get voted on. And if he does get confirmed and come to the SEC, he brings with them really deep knowledge of this asset class.”

Hester Pierce noted that Gensler fully understands the potential and wouldn’t need any convincing on the issue of making pro-crypto rules that would aid its facilitation. Although Gensler’s confirmation as SEC chair will be a plus, she assured that the continuity of SEC’s interaction with the crypto industry for its development would still be guaranteed no matter who chairs the agency. She states,

READ  Another Trumpet Of Bitcoin Wave 2021: Louder than the Previous?

Hester Pierce, a popular regulator with the US Security and Exchange Commission, is also a vocal and ardent supporter of the crypto industry which has earned her the nickname of ‘Crypto Mom’. On being asked to comment on it she replied, “You know, I’ve always loved the idea of being a mom, and I’m not a mom in the real world. So being a mom in the virtual world is not a bad thing at all.”

However, she quickly retracted her statement by saying: “I think it’s really important to say, no, regulators can’t be your parents. They’re not going to make your decisions for you and they’re not going to bail you out when you run into trouble.”

She further added that she’s “not an advocate for any particular asset class,” but rather an advocate of people being able to freely invest in any asset class that they deem valuable without the fear of being ripped off.