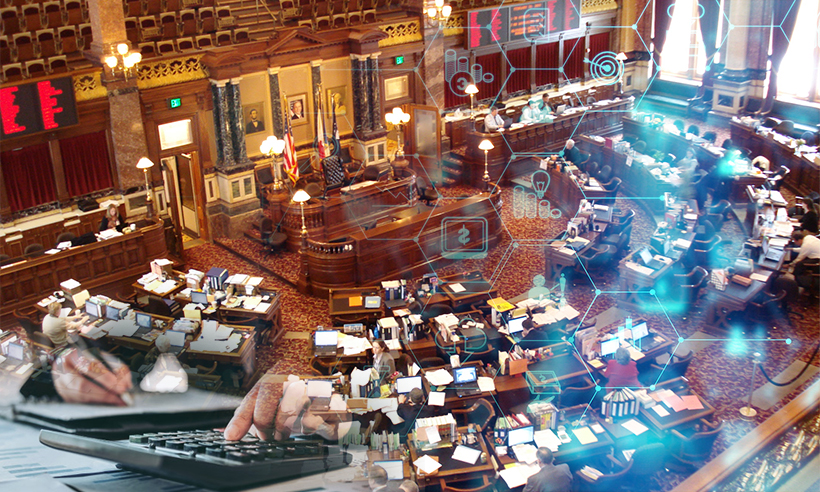 Lawmakers in Iowa have approved a bill to permit the usage of distributed ledger technology (DLT) and smart contracts. This could facilitate an increased cryptocurrency usage in the area. Additionally, the midwestern state has also approved the expansion of broadband connectivity especially in underserved areas.

The approval of House File 848 for broadband expansion and Senate File 541 for permitting the use of DLT and smart contracts suggests that the bill would regulate cryptocurrency such as Bitcoin.

Rep. Jeff Shipley, R-Birmingham described it more of a definition than a regulation, adding that Bitcoin would be included in that definition.

Rep. Steve Hansen did point out the widespread concern with cryptocurrencies, including tax avoidance and frauds, adding that the legislature would have to revise on the same.

The U.S. state of Iowa has previously introduced legislation that exempted virtual currencies from certain security and money transmission regulations and individual, corporate, franchise, sales and use, and inheritance taxes.

The current bill specifies that any parties using DLT for securing records have the same rights as those secured by traditional means. It also amended the definition of contract to include those secured using DLT or smart contracts.

Hence, no contract would be denied legal service solely just because its a smart contract. Electronic record and electronic signature would also be included in all those secured using DLT.

The bill had major support from cities and economic development groups, schools, municipal utilities, telecommunications, business interests and local governments, among others.