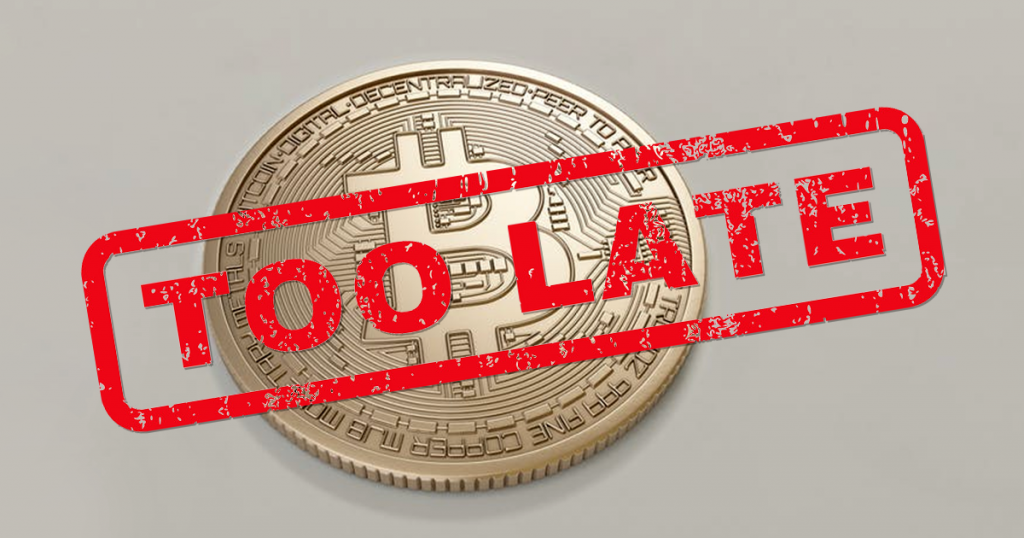 A Glance at Is It Too Late To Invest In Cryptocurrencies?

The first Cryptocurrency launched in the market was in the year 2009. Since then it has been been very popular among people. Soon after Bitcoin was launched many people decided to invest in it and they earned a lot of profit from it. Later, when the Altcoins came into the market, people got more options for trading. It has made transactions easier for crypto users. More and more people want to invest in cryptocurrencies. But there are still some people, who are in a dilemma because they do not know whether it is too late to invest cryptocurrency. Thus, they don’t know whether or not they should invest in cryptocurrency.

Newcomers usually have many questions about cryptocurrency, which is good! Because if they will not raise the question their concept would not get cleared. The first question that pops up in their mind is- Is it too late to invest in Bitcoin. The answer is a resounding NO.

So basically, whenever the halving takes place the price of Bitcoin gets affected with it. In the year 2012, Bitcoin was halved for the first time and its mining rewards were reduced to 25 BTC. During the first halving Bitcoin was trading at $2.01 and that it reached $270.94. Then in the year 2016, the second halving took place and the price reached $20,074 from 164.01. Now, as the third halving is going to take place, people sacred to invest in it, because they feel that they have been too late to buy bitcoin. But no! You are not late, invest before the halving and enjoy its benefit.

What I am trying to say is that after the halving the value of Bitcoin will rise, which would be profitable for its investors.

According to reports, in May 2020, third halving will take place and before that, the people should start investing in it.

Although the current situation of the market is not good, the prices are going down but it further can’t go down because, after a point of time the market has to go up, that’s how it works.

People still question the investment, because after the outbreak of the Corona Virus, i.e., COVID-19, many of the markets have gone down, even the crypto market did not remain untouched with it. Since, December 2019, the crypto market has been going down.

Now, the people think that if they would have invested in Bitcoin, earlier, then it would have been beneficial for them. They feel like, after the outbreak of Corona it is not beneficial to invest in Bitcoin or any other cryptocurrency. But it is not so, it is never too late for people to make an investment. They should remember that these markets fluctuate regularly and currently if it has gone down then soon it will rise up. It is not the first epidemic that has affected the market, earlier, many situations have occurred which affected the trading but the market handled it.

Not Too Late To Invest In Cryptocurrency

READ  No Statistical Relation Between Circulation Of Tether And Bitcoin Price, Researcher

It is true that people might face some complications at an early stage, but they should start investing in it. Investing in cryptocurrency is similar like investing in any other commodity, it does have pros and cons.

As halving is near, so investing would be more profitable and yous would realize that it has not been too late to invest in cryptocurrency.