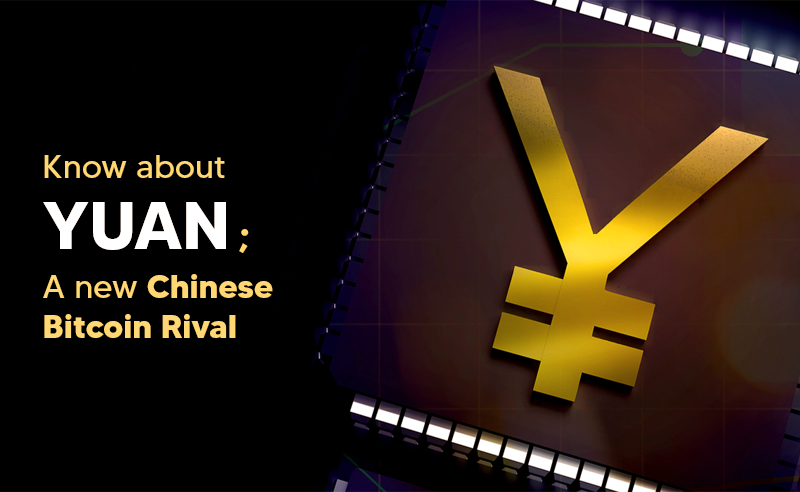 In today’s scenario, you will see many people taking a keen interest in knowing about the Bitcoin investment plan and have been active in investing in Bitcoin. But, even though Bitcoin is a popular name in the crypto world, that does not make it free from any competition with altcoins. But today we are not going to tell you about any competition with Ethereum or any other coin, rather we will let you know about Yuan, a new Chinese Bitcoin rival. The Chinese government is soon going to launch Digital Yuan on developing BSN (Blockchain Service Network). The experimentation is being done in many big cities. So is there any special motive of China to initiate challenges and bringing change among the new financial systems?

Well, not sure whether how many people follow such beliefs. However, enforcing the social credit system and money control might be the objective behind China. To liberate its people, the country has never wasted years working on a blockchain. To your surprise, there is a possible connection between popular blockchains like Bitcoin and Ethereum with BSN. And if it is really true, then everyone will sooner be having the difference between Bitcoin and Yuan. This is what you need to know about Yuan. Because of this, cryptocurrency will become an essential part of their daily lives.

So does it indicate the sudden buying of Bitcoin by Chinese people? It seems doubtful because the Chinese government is aiming for authority over BSN in all aspects. What one needs to know about Yuan is that all its swaps with either digital or national currency that are not been approved will be blocked by the Chinese government. Or there must be some intention that once Yuan gets mass acceptance with its usage in different countries, BSN will soon find its best use for foreign interests.

An important possible fact which you must know about Yuan is the use the digital currency in exchange for the accessibility for Chinese investments or markets. The trading partners might get forced by China in regard to it. And if this happens to be true, then China will certainly make a compulsory adoption of Yuan on a larger scale.

An important fact to know about Yuan, is that it is much different to stablecoins and especially the Bitcoin. It is because this Chinese digital currency is free from speculation and support from a handful of currencies. According to sources, the experiment of this new digital currency is now completed in terms of research operation, design, and testing for electronic payment devices. The rollout of its pilot programs will be the next move.

But it didn’t get positive feedback from the users of social media. One of the users has straight away expressed his disagreement with Yuan being free from speculation and have rather thought of flocking on to the foreign exchange. However, the planning of China in regard to the Bitcoin rival has triggered fear among the Beijing citizens to have complete authority over citizens by making mandatory use of Yuan.

Another interesting fact to know about Yuan is that this Chinese digital currency is substantially big in comparison to Bitcoin.

So you have got to know about Yuan, a Chinese digital currency, which is posing a new challenge to Bitcoin. Initially, we use to see competition brewing between the altcoins and Bitcoin. But this time, there is another competitor in the form of Yuan, which might become equivalent in popularity of Bitcoin. Those interested in investment in bitcoins might soon see Yuan as another form of investment asset if it gets a stronger push by the Chinese government in making it mandatory for all citizens of Beijing. Well, we can’t jump to barricades for the sake of such speculations. Let us see whether it actually comes out to be true or not.