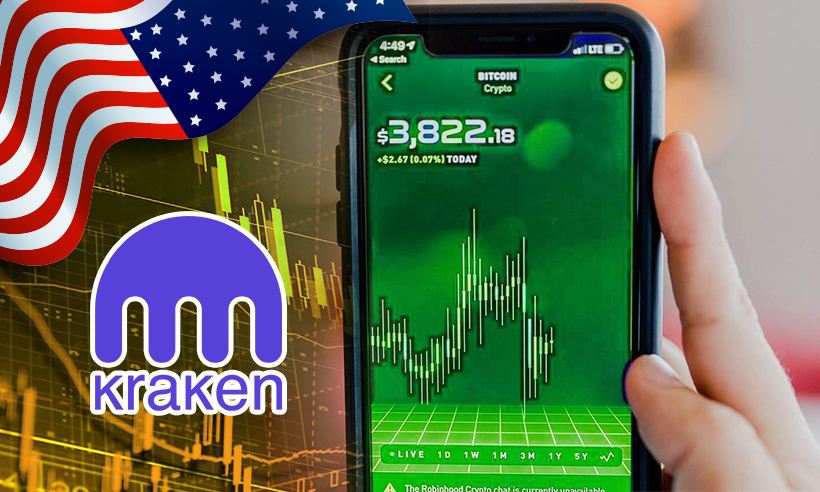 It has been recently revealed that the mobile trading app of the Kraken crypto exchange has now been made available across the United States, except for New York and Washington. This recent move has been taken in order to boost industry adoption in the United States.

The company made an announcement on Wednesday and revealed that its new application has been made available for most of the United States as well as other countries around the globe for both iOS and Android users.

In addition to this, it was revealed that the app allows the users to begin trading over 50 cryptocurrencies such as Bitcoin, Ethereum, and other smartphones.

This move follows the launch of the Kraken mobile application in Europe in the month of January.

“This consumer app is our first major foray into supporting wider consumer adoption in a much more simplified, easy-to-use interface.”

“The last five months have been pretty unreal at Kraken. We’ve seen a surge in new clients and at all-time highs.”

More About the app Launched by the Fourth-Largest Cryptocurrency Exchange

Kraken was launched in the year 2013 and says that it has around 7 million customers so far and competes with giants like Binance and Coinbase.

The recently launched mobile application, however, will not be supported all across the United States as the exchange does not offer services to residents of Washington and New York due to the maintenance charges of regulatory compliance.

As per the registration of the company, it is registered as a money services business with the Financial Crimes Enforcement Network (FinCEN) of the United States Treasury Department and says that it complies with the legal and regulatory requirements in all jurisdictions of operation.