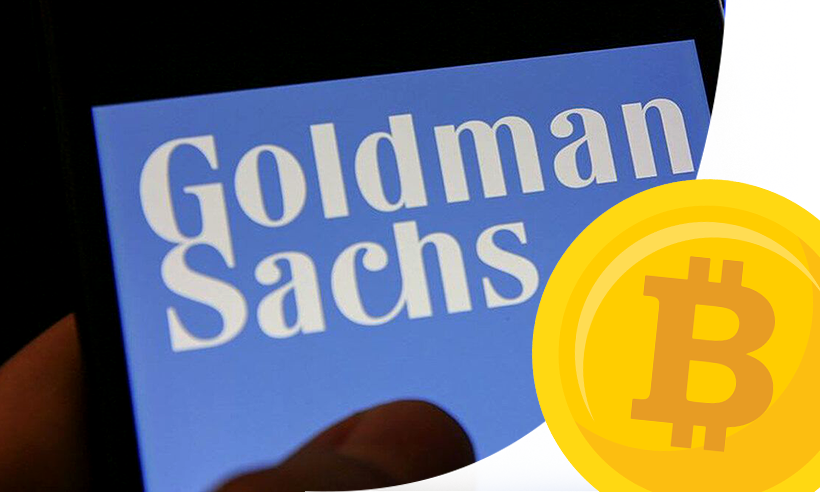 U.S. banking giant Goldman Sachs has announced the details of the cryptocurrency trading team. According to a staff memo, the trading group is buying and selling futures on CME group and non-deliverable forwards.

The cryptocurrency trading group formed will be a part of Goldman’s global currencies and emerging markets division. The memo is penned by Goldman partner Rajesh Venkataramani. The first report of the memo came on Friday.

According to Rajesh Venkataramani, the team will be part of Goldman’s global currencies and emerging markets (GCEM) unit. His official statement reads,

“I am pleased to announce the formation of the firm’s cryptocurrency trading team, which will be our centralized desk for managing cryptocurrency risk for our clients. The Crypto trading team will be a part of Global Currencies and Emerging Markets (GCEM), reporting to me, within the firm’s Digital Assets effort led by Mathew McDermott.”

Derivatives of The Trading Group

The announcement affirmed that Wall Street is allowing cryptocurrencies as a mode of payment. The adoption of digital currency seems to be on a continuous hike. Recent news from the rivalry, Morgan Stanley chose to offer its wealth management clients access to Bitcoin funds in the recent past months.

The derivatives of the Trading group facilitating investors to take note of Bitcoin future prices. In order to not to deal with the physical asset, the contracts will be settled in hard cash, which it “is not in a position to trade,” according to the memo.

The launch of the Digital Assets dashboard by Goldman this Thursday will allow its traders access to crypto market data and news.

“He was expecting a big evolution in the cryptocurrency space when it comes to regulations.”