LSK Technical Analysis: The Level to Watch Out for Upside Trend Is $10.352

Lisk (LSK) is a blockchain technology that aims to create a community, in which everyone can take advantage of the decentralized technology. It allows you to build applications on the blockchain platform. Lisk launched its ICO on May 24, 2016, and is built on JavaScript Typescript. The following LSK technical analysis will predict the price trend for the next two days: 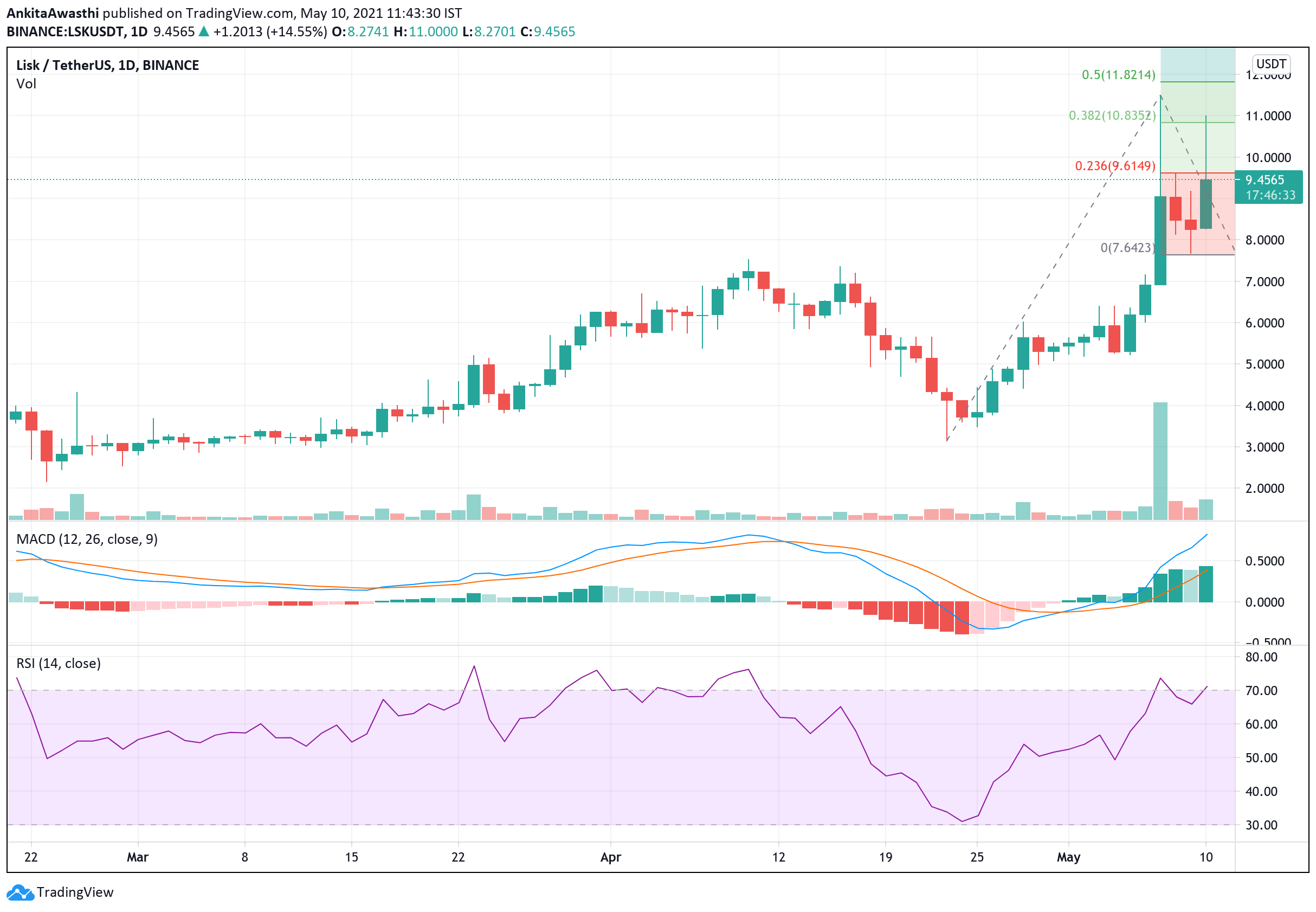 Day Ahead And Tomorrow

An increase of 11.97% was seen during the last 24 hours. The current trading price of LSK is at $9.61, which is a dollar below the highest price of the day, showing us some resistance power at $11.48.

The MACD indicator has been moving upwards. Furthermore, it has more potential to move on the upside, as we can see the gap is also widening up. Till the time the signal line is ready to crossover, we can see an upside trend after that we can see a short pullback.

The RSI indicator has crossed the medium range and has entered the overbought zone. Still, some potential can be seen on the level above the 70% zone. A large movement in volume has been seen thus the RSI has seen a quick rise in the trend. Although, it will not remain much in the oversold zone but still has some gaps to cover.

The important level to look for in the upside trend is $10.352. The price has broken this level twice but has failed to hold itself there. If the level is broken, we can see the price touching $11 and so on.

On the other hand, if the price remains sideways or starts to fall, then the $8.90 level has to be taken care of. Followed by the $7.6423 level. If the price breaks these levels a bearish trend will be confirmed. Till then the prices are set to see a quick rise.