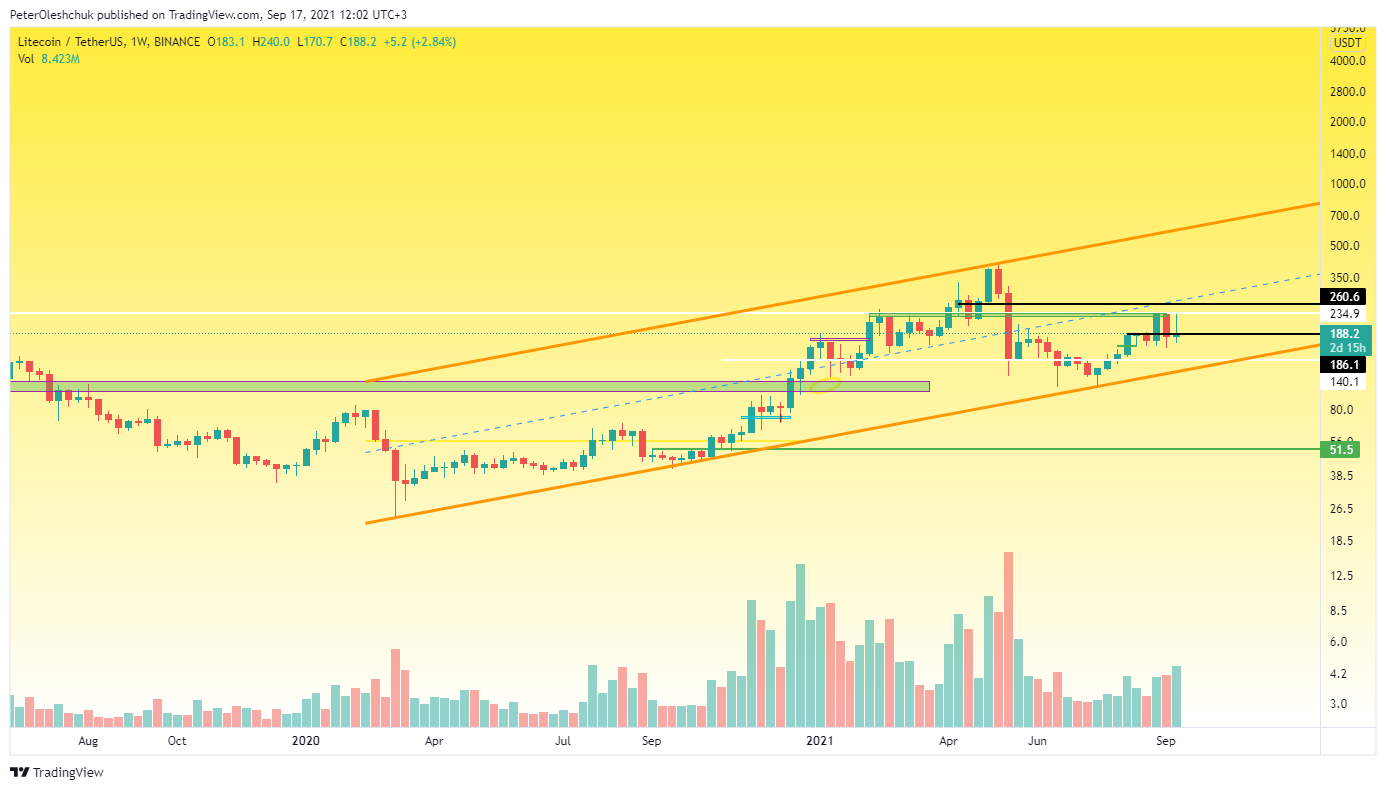 The trading week in the LTC market did not give investors a change for the better. The price confidently stopped at a 40% consolidation of $177-$230 within 3 weeks. Buyers' attempts to push this consolidation up this week have not yet been successful. However, we see that the trading volumes on the current weekly candle are higher than all previous ones since the end of May. The increase in trading volumes indicates the readiness of market participants to vector movement. The main task is to understand in which direction.

Technical Analysis Of LTC On The Daily Timeframe 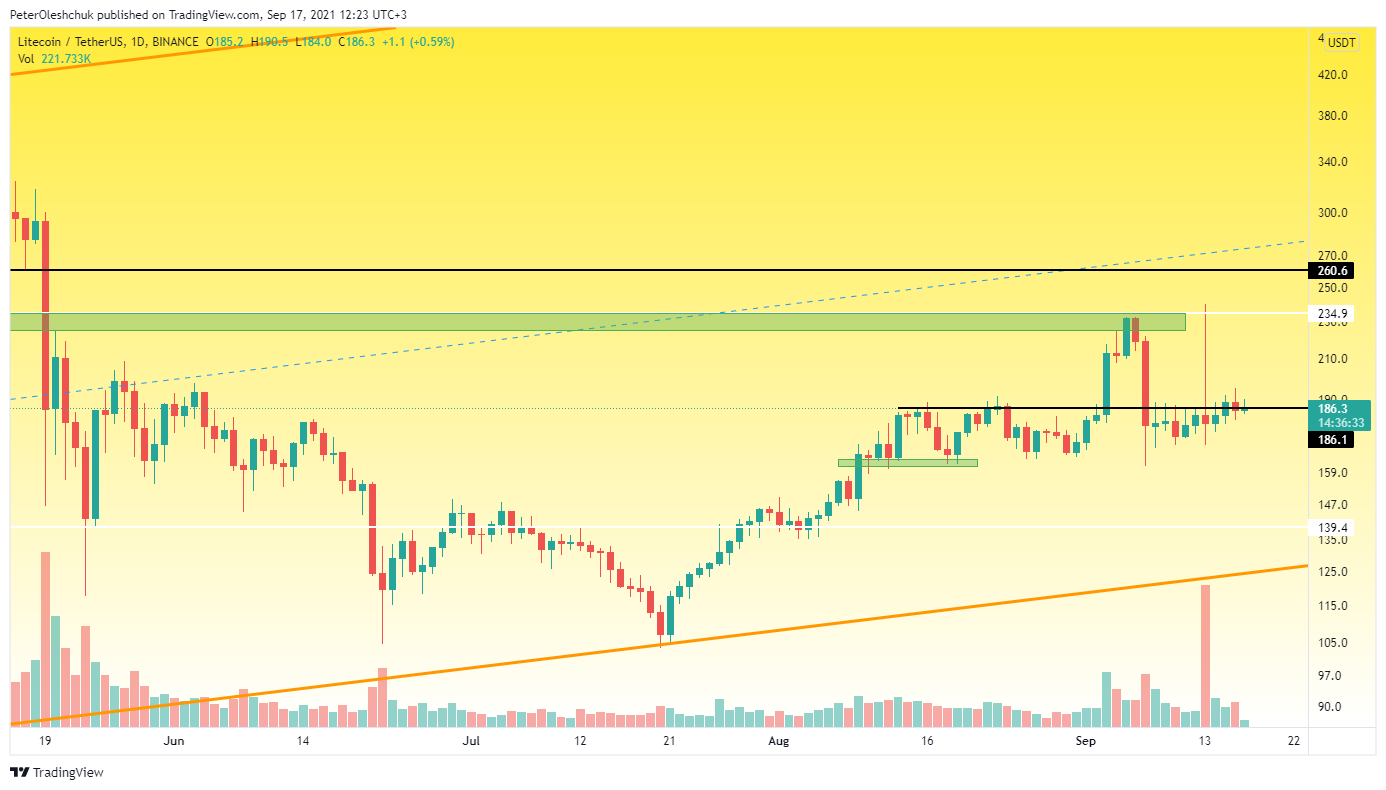 On a slightly smaller timeframe, we can see an abnormal daily candle on the increased volumes on 13 September. On this day, due to the increased emotionality of investors, the LTC price sharply jumped by 30%. The daily candle still closed below the opening price, as there are still a large number of sellers in the market. This was due to the news background, but the main message is different. With such a sharp squeak, buyers checked where the main forces of sellers are, which can be reached without correction.

A similar situation was in the BTC market on the hourly timeframe. After that, the Bitcoin price continued to grow slowly but surely. Given the general picture of cryptocurrencies, the LTC market has every chance of positive growth dynamics next week. Though, in the $230 mark, short-term traders should be careful because of the high probability of a local Litecoin reversal. 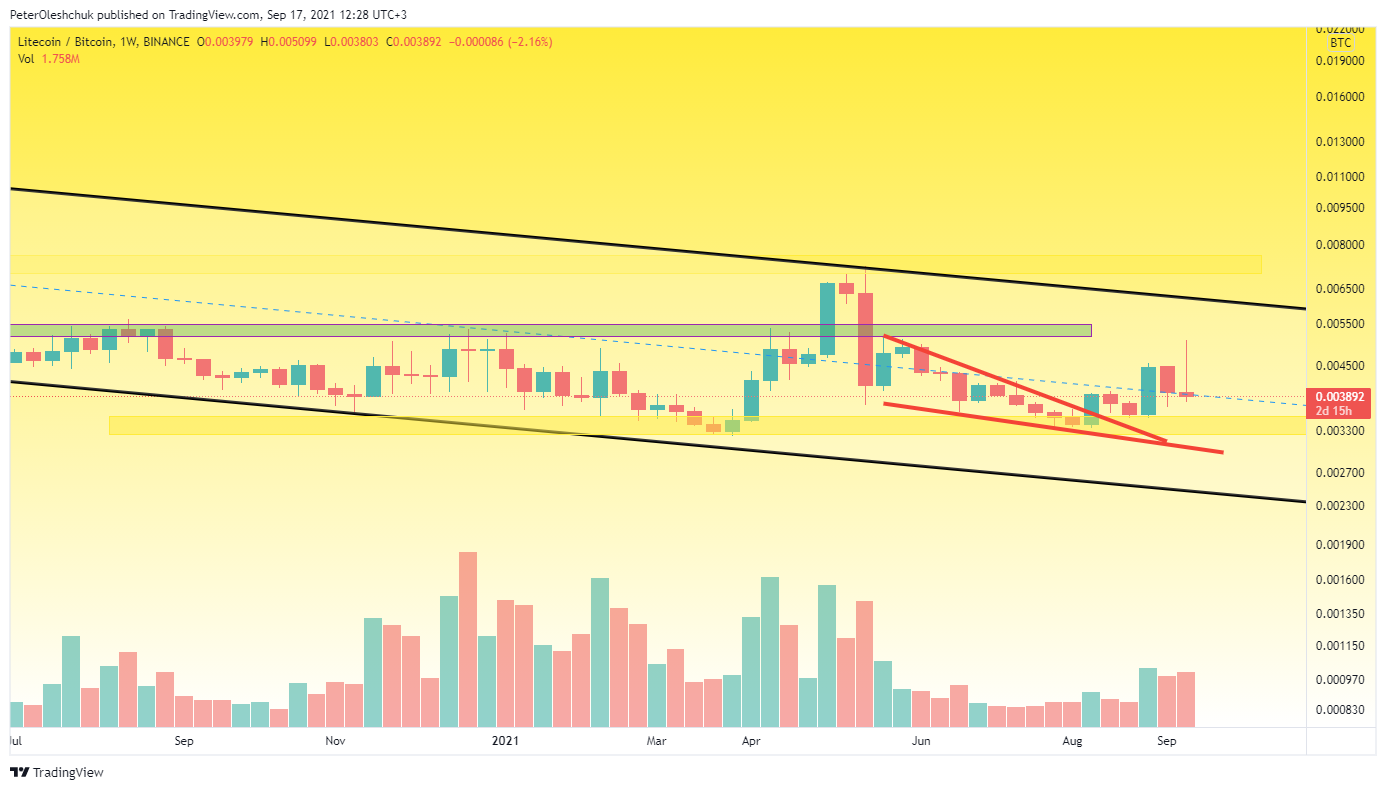 Analyzing the weekly timeframe of the chart, we can see a confident push of the price up after leaving the red wedge. At the moment, sellers do not have enough strength to continue to put pressure on the price from the current situation. Therefore, the most likely scenario is a 50% LTCBTC price growth. At this point, buyers will meet the top trend line of the global fall channel from March 2019 and will have every chance to reverse this trend. The end of 2021 predicts good growth of the LTC market with a final growth of $700. But, at the moment it is worth taking control of $230. On the day when this happens, this scenario will be 90% likely to happen.